Britney Spears’ new album Britney Jean is already streaming ahead of schedule, so I trimmed the fat and am giving you the meat of the album, served on a nice silver platter. 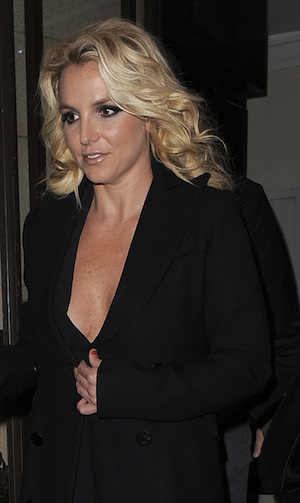 Thanksgiving is over (*sob*).

But the feast is not, dear friends.

Britney Spears is back, one more time, with a new album that you are already missing out on because it’s streaming in cyberspace.

Is Britney Spears a fake? >>

I know it can be frustrating — with all that hope and impatience, you just want to find that killer track that reminds you that Spears reigns supreme.

Presenting “Til It’s Gone,” a thrilling dance track that will haunt your mind hours later with its addicting tagline but keep your body awake with its pulsating drops.

Spears is doing something right because nothing on this track is wrong. And do me a favor, readers — take a look at the picture on your screen. Spears stands at 32 years of age and is fiercely persevering, but that maturity she’s acquired is mysteriously reflected in this song.

Sure, this song talks about hindsight, but her voice appears contemplative and thoughtful although this is an alluring, up-tempo track. In a strange way, “Til It’s Gone” reminds me of an evolved “Everytime.”

What are your thoughts, readers? Put your assumptions or conclusions about the entire album aside and hone in on this undeniable hit. Do you disagree? Is this a flop?

Spears is still making albums, and as if that weren’t enough, they’re albums that have solid contenders for top slots on hit lists. I can’t shake how impressive the song is for a woman who has grown with us all the past decade, not needing crazy hair or gimmicks to keep her fan base.

Crazy about one artist in particular? Stay updated by signing up for our newsletter >>

She may not have pipes like Adele, but Spears can sing, dance and perform and still top the charts. That’s more than Lady Gaga can say, right?

Side jabs aside, “Til It’s Gone” is prepackaged for a nightclub, and if you can’t make it out in the brisk weather, stay warm and jam to this in your pajamas like I am at this very moment.