Paul Walker died in a car crash Saturday afternoon while at a benefit for typhoon victims in the Philippines. 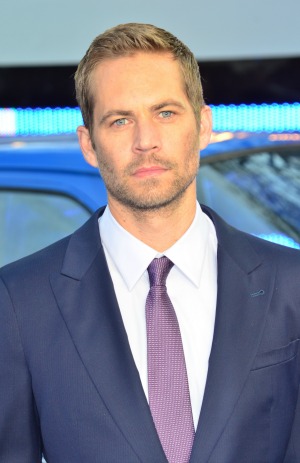 Paul Walker died Saturday afternoon in California, reps for the actor have confirmed. The star, perhaps best known for his work on the Fast & Furious films, died after the driver of the car he was riding in lost control of the vehicle.

TMZ reports that sources told them the car he was in “slammed into a post or a tree, and then the car burst into flames.”

Walker’s reps confirmed the news on his official Facebook page.

“It is with a truly heavy heart that we must confirm that Paul Walker passed away today in a tragic car accident while attending a charity event for his organization Reach Out Worldwide. He was a passenger in a friend’s car, in which both lost their lives. We appreciate your patience as we too are stunned and saddened beyond belief by this news. Thank you for keeping his family and friends in your prayers during this very difficult time. We will do our best to keep you apprised on where to send condolences.”

Walker was reportedly in Santa Clarita, California, for a car show that was meant to benefit victims of the typhoon in the Philippines. He had been going out for rides in a Porsche with friends.

The Los Angeles County coroner and local law enforcement were both called to the scene of the crash.

Walker was originally from Glendale, California, and he began acting at the age of 13. He appeared in big-name projects like Who’s the Boss before finding his niche in ’90s teen movies like She’s All That, Pleasantville and Varsity Blues. He finally found his home in 2001 by winning the role of Brian O’Conner on The Fast and the Furious. The sixth Fast & Furious film was released earlier this year and raked in nearly $800 million at the worldwide box office. The seventh movie is being filmed now. There is no word on how Walker’s death will affect the new film.

On Friday, Walker posted a photo about the newest film on his Twitter page.

The Los Angeles County Coroner released to the press the following statement on the accident:

“Patrol deputies from Santa Clarita Valley Sheriff’s Station responded to a report of a traffic collision at approximately 3:30 p.m. in the 28300 block of Rye Canyon Loop, Valencia, on Saturday, November 30, 2013.

“When they arrived, deputies found the vehicle engulfed in flames. The Los Angeles County Fire Department responded, extinguished the fire and subsequently located two victims inside the vehicle. The victims were pronounced dead at the scene.

“The cause of the collision is under investigation. The Coroner’s Office will determine the identities and the cause of death of the victims.”

Universal issued a statement Saturday night, via The Hollywood Reporter: “All of us at Universal are heartbroken. Paul was truly one of the most beloved and respected members of our studio family for 14 years, and this loss is devastating to us, to everyone involved with the Fast and Furious films, and to countless fans. We send our deepest and most sincere condolences to Paul’s family.”

Relativity president Tucker Tooley also released a statement, saying, “We are shocked and deeply saddened to learn of the sudden death of Paul Walker. Paul was an incredibly talented artist, devoted philanthropist and friend. Our hearts go out to his family, and our thoughts and prayers are with them.”