Despite Zoe’s steamy kiss with Wade during the midseason finale of Hart of Dixie, the executive producers say that Joel won’t leave so quickly. That doesn’t mean Wade is out of the game — far from it, in fact. 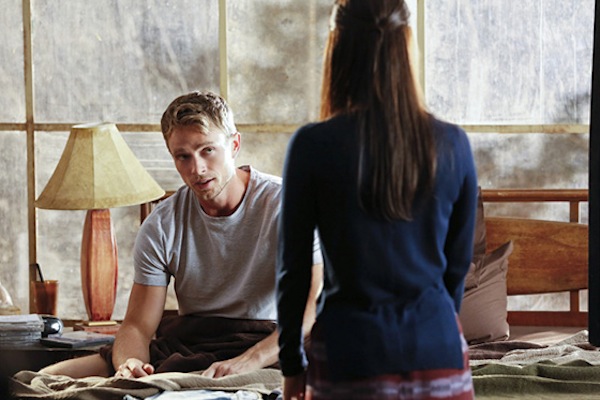 The midseason finale of Hart of Dixie left fans with lots of questions after Wade’s medication-fueled kiss to end all kisses. Most of all, what’s next for Zoe’s (Rachel Bilson‘s) love life? Is she heading back to Wade? Well, according to the show’s executive producers, the answer is yes — but not right now.

“Zoe and Wade will always be at the forefront, no matter what relationship they have,” executive producer Len Goldstein confessed in an interview with TVLine.

Wade still has a lot of growing up to do, and Zoe’s cousin Vivian will help him accomplish that in the second half of the season. The relationship is a go, fellow executive producer Leila Gerstein said in the same interview.

“Episode 9 is all about Zoe being in the middle of her new cousin and her ex-boyfriend — it’s hard,” Gerstein said. “It’s hard for her.”

It won’t be a walk in the park for Wade, either. Vivian’s son won’t make life easy for him in the budding relationship.

Goldstein also shared, “We wanted to throw Wade into a lot of situations this year where he has to come of age.”

Check out our interview with Hart of Dixie star Scott Porter >>

In fact, part of that growing up includes not being resentful. Wade and Joel will reportedly have quite the bromance.

Plus, it wouldn’t be an epic romance without a little longing and heartache. Zoe wants to be with Wade. Wade wants to be with Zoe. They may not even be admitting it to themselves, but we all know the truth. Now, it’s all about the right time and circumstances making it happen for real and for good this time. We know it’s coming, and we’ll wait (maybe a bit impatiently) for the day to arrive. In the meantime, we’ll deal with Joel.