The Vampire Diaries has always been a great place for new music finds and Season 5 is no different. These picks are our favorites of Season 5 so far. 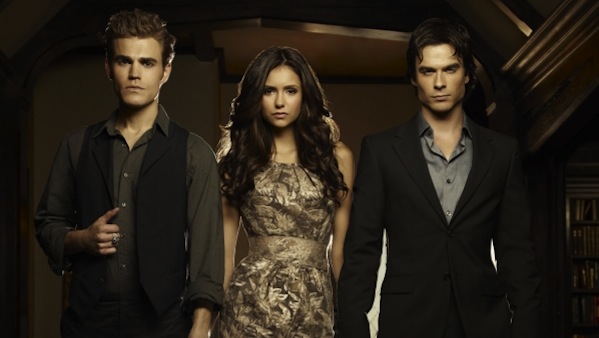 The Vampire Diaries always features emerging artists throughout the episodes. It’s a great place to find new iTunes playlists. If you’re already obsessed with the show like we are, the music is just an added bonus.

One soundtrack was released for the show in October 2010, and we loved it! Since then, we’ve been keeping our fingers crossed another would come along. Because it hasn’t — yet — we figured we’d create one of our own, based on the songs from Season 5 so far.

Caroline (Candice Accola) and Elena (Nina Dobrev) are in their dorm talking about Megan’s death.

Rebekah (Claire Holt) and Matt end their summer with a kiss goodbye.

Caroline gets the news from Tyler that he isn’t heading to college. Elena and Caroline are grateful to have each other in their lives.

Elena, Caroline and the gang hold a memorial ceremony for Bonnie.

Bonnie doesn’t think the plan to return her to the living will work and so she says goodbye to Jeremy.

8. Fitz And The Tantrums “Dear Mr. President” from Season 5 Episode 3

Silas talks Traveler business on the phone with Nadia.

9. Ejecta “Afraid of the Dark” from Season 5 Episode 7

Stefan is about to kill Silas and Elena tries to talk him down.

Caroline catches Katherine inside her dorm room and discovers Katherine the human isn’t doing so well.

11. The Neighbourhood “Afraid” from Season 5 Episode 7

Stefan buries Silas and experiences PTSD from his time in the safe.

Elena and Aaron bond at the college party.

A little flashback for you! Enzo and Damon (Ian Somerhalder) get to know one another.

Katherine experiences an awkward morning after being in bed with Stefan as she discovers her hair is falling out.

Bonnie admits she misses magic and Jeremy comforts her with kisses.

The Vampire Diaries returns with new episodes Thursday, Jan. 23 on The CW.