David Beckham is a huge star, but at one point was just a new recruit who was willing to do anything to get his teammates to accept him. 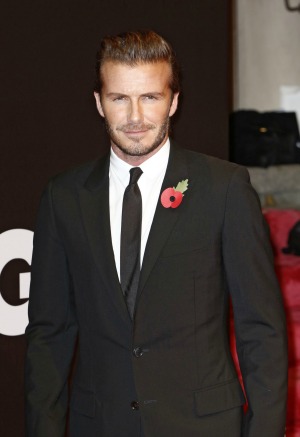 David Beckham is arguably the most well-known soccer player in the world, but there was a time back in the early ’90s when he was just a wide-eyed and eager recruit. In a new documentary, Beckham talks about the hazing he endured when he joined Manchester United as a teen.

The 38-year-old reportedly revealed that the team made him perform a sex act on himself while looking at a photo of Welsh soccer player Clayton Blackmore.

“Everyone had an initiation that you had to go through on the youth team, that was one of the most uncomfortable ones,” Beckham said, via the New York Daily News.

The documentary, The Class of ’92, follows six players from that year’s Manchester United team and talks about how they helped change the soccer culture in England.

“I was embarrassed when I was saying it on camera let alone talking about it more. But it’s something we all had to go through,” Beckham explained. “It was definitely something I wouldn’t like to go through again!”

Another Manchester United player hinted that he also was made to go through the same rituals.

Things seem to have worked out for Beckham. The soccer player stayed with the team for years before playing for Madrid and Los Angeles. He also ended up marrying Spice Girl Victoria Adams, and has a beautiful young family.

Beckham has since done other things that have embarrassed him, like posing in his underwear for Calvin Klein, something he recently said he thought he would never do.

The Class of ’92 premieres Sunday in London.