Demi Lovato is releasing a new book, and has revealed that while she doesn’t like fame, she’s willing to sacrifice herself if it helps other people. 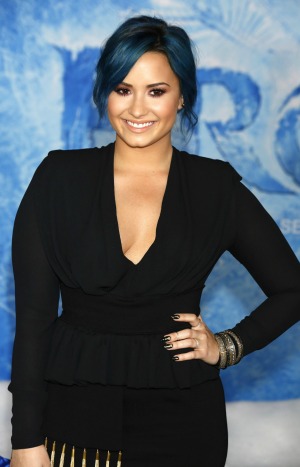 Demi Lovato has been in the spotlight since she was a child, and has learned to deal with the fame. The singer is releasing a book called Staying Strong: 365 Days a Year and told E! News that being in the public eye, and everything that comes with it, is worth it if it means she’s inspiring people.

“Yeah, it’s been difficult,” Lovato said. “I’m not the type of person that loves the fame aspect of it. I would rather sacrifice my privacy to help people, not just with my music. Strictly from this point of view, from an inspirational point of view of sharing my story. I know that I have a purpose in the world.”

Lovato has struggled with fame in the past, and has revealed an eating disorder as well as suicidal thoughts as a child. The new book will share the singer’s “struggles ranging from addiction to depression, all the while on a search for self-discovery and happiness,” according to E! News. “Demi has chronicled her journey in the media, in her song lyrics and to her 17 million followers on Twitter.”

Things are looking up for the singer these days, but it wasn’t always that way. She explained that there was a time when her life wasn’t headed in such a positive direction.

“I’m battling with internal thoughts on how honest I should be,” Lovato told Entertainment Weekly. “Yes, I’ve been very honest, but if people really knew how dark and deep my struggles got — not just with my eating disorder but with drugs and alcohol — they’d be really shocked. But I’ll most likely end up saying everything. Maybe it’ll help other people in the industry who are headed down the wrong path.”

Despite the fame, Lovato is excited to be able to share her journey with her fans, and to show that not everything is as it seems at the top.

“I’m thrilled to have the opportunity to share this book,” she said. “It is my hope that these affirmations will help readers to remain strong and hopeful, even when that seems impossible.”