Abigail Breslin has been in the public eye for nearly a decade. But she’s now doing things her own way, and considers herself a normal teen. 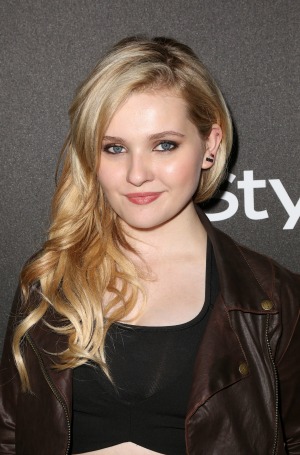 Abigail Breslin, the child star that may be best remembered as the little girl in Little Miss Sunshine, is all grown up and working hard to prove it. The actress is appearing in a new portfolio by author Tyler Shields and not only poses topless but also in a bathtub.

Oldest and youngest Oscar nominees in years past >>

It’s not the first time an actress has grown up to pose nude or topless, but the photo shoot is causing controversy because the child star is actually still a child. Breslin is 17 years old. But the actress feels like her career has turned her into an adult far before her age has. It looks like the media’s portrayal of her was one of the reasons she chose to do such a risqué shoot.

“My favorite thing in the world that me and my friends talk about is that I’ve been all grown up for about three years now,” Breslin told ABC News. “Every single time I’m photographed anywhere, the headline is ‘All Grown Up.’ It’s been about three years, I’m like, ‘Okay, yeah, I’m all grown up.'”

Even with a topless shoot, Breslin is really just a normal teen. She’s growing up in the same way other 17-year-olds are, and has some of the same concerns, which basically include “boys and life.”

“I mean, I’m 17,” she explained. “So basically, that’s the thing that runs through my head every day, so yeah, lots about boys.”

That normal teen life comes from the fact that Breslin doesn’t feel like she had some dramatic upbringing, like many others who found fame too soon.

“I wish I had some great story about the struggle of moving into the more adult roles, but I actually didn’t. I didn’t have a big struggle with it at all,” she explained. “It’s been pretty natural, the transition into the teen and adult realm. Hopefully it stays that way.”

Breslin’s movie Ender’s Game is out now. You can see her next in August: Osage County with Julia Roberts, Ewan McGregor, Meryl Streep and others.