One Direction and their fans will not stand for any unnecessary negative commentary, as The Kooks frontman Luke Pritchard was quick to find out… 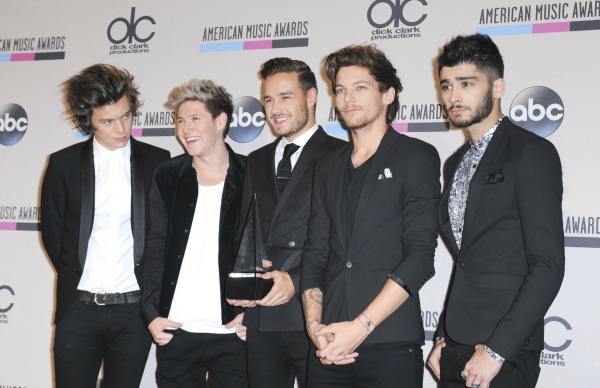 One Direction are no strangers to criticism from other artists who seem jealous of their success, and The Kooks frontman Luke Pritchard was the latest singer to jump on the bandwagon.

Rather than support fellow artists One Direction, Pritchard urged his fans not to listen to their music, which is hardly even considered in the same genre. However, one thing the “Naive” singer didn’t bet on is the fact that you don’t mess with the five-piece boy band that is One Direction or their fans!

The “She Moves in Her Own Way” singer told his fans on Twitter to avoid buying “The Best Song Ever” hitmakers’ music and even slammed their latest and third album titled Midnight Memories.

A fan of The Kooks was taken aback by the message and she was quick to tell Pritchard that she loved both his band and One Direction, to which he got very unnecessarily nasty and slammed his own fan by tweeting, “How can you be a fan of something that has no life? I honestly feel so depressed that you are into Kooks.”

“I’d rather anyone who likes One Direction never follow me. You literally have no idea how upset I am.”

1D heartthrob Liam Payne was quick to respond to this negativity and tweeted, “Sad thing is @lukekook we are/where (sic) fans of your band, nice one man verbally attacking your own fans how very rock and roll of you ;).”

Payne made a point and the The Kooks’ frontman was quick to backtrack and remove his hateful tweets, with the excuse that he had been drinking.

Pritchard then decided to apologize to Payne directly and tweeted, “Man, I regret having a rant but the machinery of the industry pisses me off. I respect you do your thing.”

“This whole thing now has gone too far. Gonna say I have my opinions but meant no offence, that’s why I took down them there tweets. Love.”

Don’t say anything if you have nothing nice to say in the future, Luke Pritchard!