Charlie Sheen shows the world his life isn’t all about crazy antics. He actually has a very big heart and granted a dying fan his final wish. 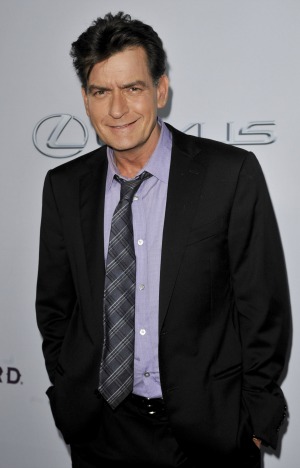 It’s not often that Charlie Sheen is praised for his good deeds, as the focus is usually on his bizarre behavior.

However, this is one of those moments when Sheen needs to be praised for being a good guy because he granted a cancer patient and loyal fan his final wish.

The terminally ill fan Marion Minchuk had a dying wish and that was to spend a day with his hero Sheen.

The Anger Management star was happy enough to oblige to this request and according to TMZ, he even single-handedly paid for three first-class tickets for Minchuk, his girlfriend and a nurse to fly to Los Angeles from Arizona to visit him.

Minchuk sadly only has one month left to live and he reached out to Sheen’s representative with a request to meet the 48-year-old actor, who did not disappoint him.

Not only did he get a free trip, but the former Two and a Half Men actor paid for his guests’ stay at the swanky Presidential Suite at the Universal Hilton Hotel and had them join him at his own home for lunch. And then every fan’s dream: a trip to the set of hit comedy series Anger Management where Minchuk got to sit in his idol’s chair.

It was a dream come true for the devoted fan, who has the memory and several photographs as well as a signed Anger Management script to treasure.

It’s sad that Sheen so often only makes the headlines for his custody battles or the strange company he keeps, because this wasn’t even his first good deed this month. Sheen has also reportedly been involved in the PREDA Foundation, as well as donating $25,000 to a Philippines aid charity.

Good for you, Charlie Sheen!