Zayn Malik shows the world chivalry is not dead and that he is willing to do whatever it takes to keep his fiancée Perrie Edwards happy. 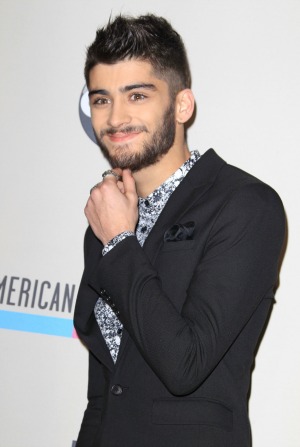 It is no secret that One Direction heartthrob Zayn Malik is completely smitten with his Little Mix lady Perrie Edwards, and just because the couple are engaged does not mean the “Best Song Ever” singer has given up on trying to impress his fiancée.

The couple have been together for nearly two years and took their relationship to the next level in August.

The clearly in love Malik even has a cartoon version of his girlfriend tattooed on his upper right arm and admits he wants to ensure their romance continues to blossom and that their passion is kept alive.

In an interview with E! News, Malik revealed, “I do try to impress her still, I do try to do a bit of exercise. I don’t want to completely let myself go.”

The “Story of My Life” hitmaker is also thrilled to be a part of the hit boy band One Direction although there have been claims that he battled to adjust to the newfound fame the most.

However, Malik revealed, “I don’t think it’s necessarily I have a ‘harder’ time with it, it’s just something that took a bit of time for me to get my head around, which obviously is normal for anybody, I guess.”

“It’s not something that is a normal thing to be doing. So it took a bit of time for me to get used to it, but I am used to it now and it’s fun. I’m having fun with it, so it’s all good.”

We are glad Malik has adjusted to the fame, because what would the musical world be without the amazing five piece that is One Direction?