This is multitasking on a whole new level! Hayden Panettiere has a very busy life, so busy that she has to find time for her bikini wax appointment during a pre-interview. 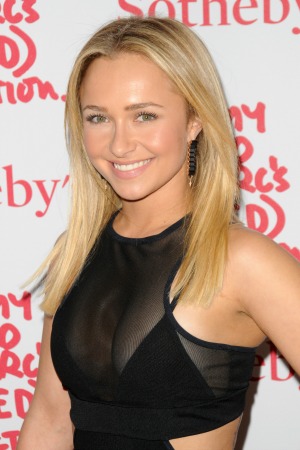 We love Hayden Panettiere for being so natural, but it also appears she is a very busy woman because she cannot even have a bikini wax in peace!

The Nashville star‘s schedule is so stressed that she is forced to multitask and find time for her bikini wax during a pre-interview.

The interview in question was conducted via telephone by the producers of the The Ellen DeGeneres Show, and because hair removal in intimate places can be a tad uncomfortable, the star was unable to have a proper conversation without a few yelps.

The petite blonde appeared on the episode of funny woman Ellen DeGeneres’ show that aired on Wednesday and revealed her pre-interview and waxing experience.

“I was on the phone, he’s like ‘How’s the show?’ I said it’s great, it’s amazing [screams]. ‘You really like playing your character?’ I love her so much [screams]. I said finally, ‘I’m sorry, I’m so sorry, I have to be honest with you I’m getting a bikini wax right now.'”

This is definitely one of the strangest Hollywood interviews we have heard of and Panettiere even admitted that the producer felt the same way about the conversation. He told the I Love You, Beth Cooper actress, “‘I’ve heard a lot of things before, but that’s a first.'”