Justin Bieber is not done with his wild antics and graffiti-creating ways. He has left his artwork in unwanted places again, this time in Australia, and the mayor is not impressed. 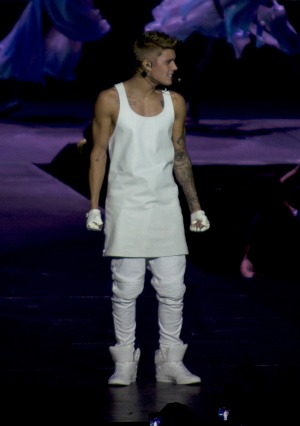 This is not the first time Justin Bieber has come under fire recently for his antics, but it seems that enough is enough and the “Baby” singer has finally been ordered to clean up his act.

Biebs is on his Believe world tour, which has not been without its problems, especially during the South American leg, but Australia is having none of the star’s behavior.

The mayor of the Gold Coast in Australia has asked the “U Smile” hitmaker to clean up the graffiti that he painted on the tennis court during his stay at the QT Hotel on the Gold Coast. We are beginning to see a pattern — there was also some wall art left in Rio de Janeiro, Brazil, earlier this month.

Biebs didn’t make a very smart move because he even added the incriminating evidence of his little artwork to his Instagram page.

Fans of Biebs may be thrilled with his graffiti skills, which include various monsters in bold colors. The image has quickly racked up more than half a million likes.

However, far less impressed is Mayor Tom Tate who told Reuters, “This eyesore has no place in the city. If that’s the example Justin wants to set, it’s really unfortunate. But at the end of the day it’ll get cleaned up, whether or not he decides to.”

The QT Hotel is, however, defending Biebs’ artwork, which will no doubt draw multiple Bieber fans to the site. The hotel revealed to Reuters in an email: “The piece of artwork will be left for fans to enjoy.”

“We believe it is a wonderful addition to the colorful Gold Coast arts scene.”