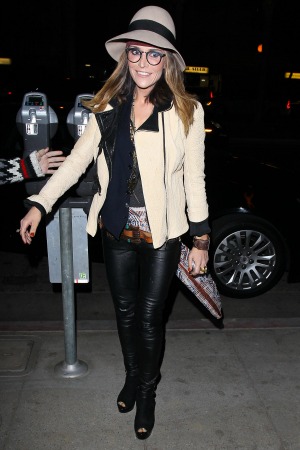 Will the war over Charlie Sheen’s twin boys ever end? It doesn’t look like there will be peace any time soon. On Tuesday, Brooke Mueller accused Denise Richards of abusing her boys and Richards’ two daughters with the Anger Management actor.

The troubled Mueller filed a report with the cops who went to Richards’ house on Tuesday night to inquire about the child abuse claim. TMZ reported that the conversation took place outside her home since the girls were in the house at the time.

She refuted the charges by saying that it was “ridiculous” and “vindictive” of Sheen’s third wife to lodge such a complaint. In fact, everything was being handled by the Los Angeles County Department of Children and Family Services because the war began last May when Mueller lost custody due to her drug issues.

Will the former Two and a Half Men star’s children ever get any peace? Sheen has tried to back off bad-mouthing child protective services on Twitter and to the media. He wants to spend quality time with 4-year-old Sam and Max. This latest round may send the volatile actor over the edge since Mueller is on the fast track to gaining full custody of the kids.

According to TMZ’s sources, Richards’ girls and the twins will be questioned about the allegations, so more stress is headed their way.

For the Twisted star, this has to be a slap in the face since she cared for the boys while Mueller was in rehab yet again. Richards recently gave up custody of the twins after the boys exhibited violent behavior in her home.

Custody is now being provided by Mueller’s brother, Scott, where they all live in the same household. Richards has not seen the boys since their departure.