Does Tom Cruise have a new girlfriend? Longtime pal Laura Prepon was seen dining with the global superstar in Los Angeles. 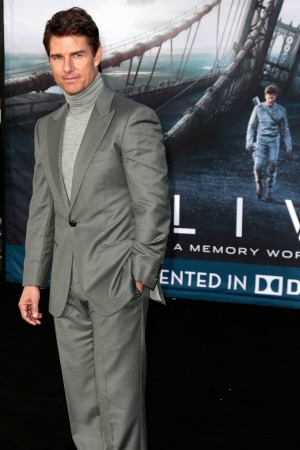 Hollywood is always looking to start rumors about the latest celebrity hookup. This time, it’s Tom Cruise and Laura Prepon who are both members of the Church of Scientology. For those salivating over the possible romance, it looks like this tale isn’t true.

Cruise’s rep was pretty quick to shoot down the story to Us Weekly after the two friends were seen dining together at The Manor Hotel in Los Angeles.

A source cleared up the rumor with the entertainment site, “They see each other at some functions, but they are not dating. He will date again and has been talking with women.”

Both actors have been linked to other famous names in the past, so it’s understandable that their dinner had a few tongues wagging. The Oblivion star has been married to three actresses, Mimi Rogers, Nicole Kidman and Katie Holmes. Prepon dated fellow actor Christopher Masterson for seven years.

Since his divorce in 2012, the 51-year-old superstar has been focused on his work and spending time with his daughter, Suri. He hasn’t made his dating life a priority yet. However, it sounds like Cruise might be ready soon.

Another insider told Us Weekly that the dad-of-three is “more relaxed and more extroverted” since he and Holmes split. Nobody knows what type of gal Cruise is looking for, but it certainly isn’t the Orange is the New Black star. The two are just longtime friends connected through their religion.