Is there a new May-December romance in Hollywood? If the rumors are true, Kris Jenner is dating a much younger man, Ben Flajnik. 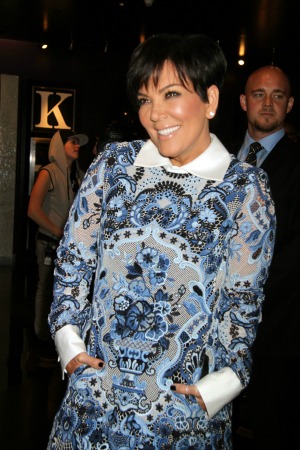 Kris Jenner is only separated from husband Bruce Jenner, but it sounds like she’s wasting no time getting back out on the dating market. According to Us Weekly, the 58-year-old momager is dating former Bachelor star Ben Flajnik.

Rumors have been heating up for months, but the entertainment magazine insists that the two are full-on dating. Reportedly, the duo hooked up after the ABC star appeared on Kris’ short-lived daytime talk show in July.

A source told Us Weekly, “They started hanging out. It got romantic right away. They’ve been hooking up.”

The timing would be rather interesting to Kardashian fans because Kris and Bruce didn’t publicly announce their separation until October even though they had been living apart for some time. Was it the romance with Flajnik that caused them to confirm the end of their marriage?

The Season 16 Bachelor has denied any romance with Kris. In fact, he tweeted to the magazine on Tuesday.

The entertainment site claims that they did check in with the 31-year-old reality star. He reportedly refuted the rumors in an email exchange with Us Weekly a week ago.

Kris has yet to confirm or deny the rumors, so perhaps she’s enjoying her cougar status in the press for now. She and Bruce were married for 22 years and currently have no plans to divorce.

Is Kris Jenner a cougar or is it just another big media moment for the Kardashian clan?