Ashton Kutcher and Demi Moore are finally divorced after coming to an agreement on their settlement terms. 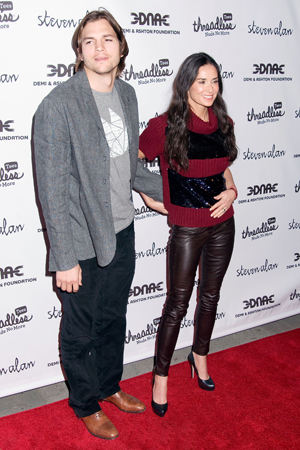 After an ongoing feud on how to best split their money, Ashton Kutcher and Demi Moore ultimately agreed on a financial settlement and finalized their divorce.

The divorce documents were filed on Tuesday afternoon by Kutcher’s Hollywood big-shot lawyer, Laura Wasser, after a rigmarole that was prolonged by Moore’s reported refusal to accept the initial terms. Allegedly, the Ghost actress wanted more cash out of the deal, asking for spousal support even though she’s more loaded than Kutcher himself.

According to TMZ, Moore backed off the claim, but Kutcher ended up giving more than he had to, just to make sure and put an end to the ongoing situation.

When the couple first separated, it was over Kutcher’s reported cheating when he was spotted with another woman at a hotel. Moore announced the breakup in November 2011, while Kutcher filed a petition for divorce over a year later in December 2012.

Although their divorce took so long, both stars have moved on to new relationships. Ashton, 35, has been famously dating his former That 70s Show co-star, Mila Kunis, with the pair inciting engagement rumors for some time now. Meanwhile, Moore, 51, has kept up with her younger man motto by dating a 30-year-old yoga instructor, Will Hanigan.

While Moore’s dating life has stayed on the casual side, Kutcher seems to be very serious with Kunis. The Two and a Half Men actor and the Black Swan star been inseparable since they began dating in April 2012. The two have been spotted traveling the world together and repeatedly seen taking romantic strolls through New York City’s streets.

Recently, Kunis was seen carrying a bouquet of flowers with a gold band on her finger, fueling the rumors that she and Kutcher have gotten engaged within the last few months.

Now that his divorce is done, Kutcher and Kunis could be making all kinds of possible announcements.