Josh Hutcherson is a talented actor, but his childhood dreams were much different: He desperately wanted to grow up to be Justin Timberlake. 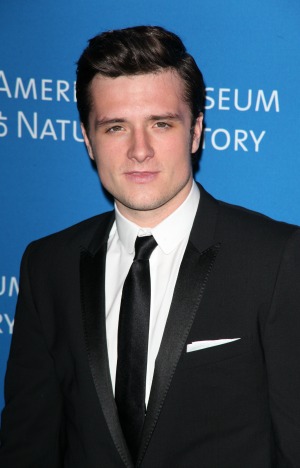 Josh Hutcherson may be one of the most adorable actors of the moment, but he may have just gotten more adorable. The Hunger Games actor admitted to Jimmy Fallon that he is “an embarrassingly big Justin Timberlake fan” — or at least he used to be.

Hutcherson told the Late Night host he not only idolized the ‘NSYNC singer, but actually was inspired to follow in his footsteps.

“I full-on wanted to be Justin Timberlake,” Hutcherson admitted, according to Huffington Post. “I had bouts of depression, because I didn’t have the curly little cool hair. So I just dyed mine. Like, I frosted my tips as a kid. I did my best.”

Luckily for Hunger Games fans, Hutcherson chose to take up acting rather than singing. But there were a few years when the actor did all he could to be just like JT, and Fallon had the proof. He pulled out a photo with those frosted tips.

“Oh God, I haven’t seen that picture in forever,” Hutcherson said. “I thought it was gone and it’s not.”

The hair wasn’t the only similarity Hutcherson had to Timberlake, though — he said he also tried to teach himself to dance, beatbox and rap.

Hutcherson became a talent in his own right, and currently stars in The Hunger Games: Catching Fire. Last weekend he hosted Saturday Night Live, a job that will be given to both Jimmy Fallon and Justin Timberlake on Dec. 21.

Hutcherson has been back filming the next in the Hunger Games films with his BFF Jennifer Lawrence and Liam Hemsworth, but can next be seen in Paradise Lost. The next two Hunger Games films — Mockingjay parts 1 and 2 — will be out in 2014 and 2015.