Sir Elton John has never been one to avoid saying how he feels and he really dislikes reality TV stars and fame seekers… so much so that he has an album dedicated to them. 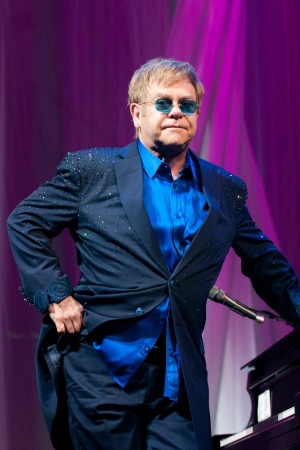 The “Candle in the Wind” singer made an appearance on BBC World satellite radio and decided to share his opinion on reality TV shows with the world.

John said, “With reality television, you get all these nightmare people who want to be successful, when you really want them to be assassinated.”

This is not the first time the singer has voiced his criticism of people he believes are hungry for fame, in fact he even has an album dedicated to this issue titled The Diving Board.

When asked about his new album, the musical legend revealed, “It’s about someone who’s attracted to fame no matter what.”

“They want fame whatever the consequences, and they’ll do anything to get there.”

We can think of more than one example right now, but we will let John do the talking for us! The “Circle of Life” singer pinpointed actress Lindsay Lohan, who had been thrust into the limelight at such a young age, and battled substance abuse issues before getting on the path to recovery.

John said, “Lindsay Lohan, unfortunately, who had a great career as an actress and as a recording artist, she had a hit album…”

“Suddenly, everything has fallen to bits because of the drugs. Her parents were a nightmare. She has become a victim of success and she wants success, no matter how much (it costs).”

This is not the first time that John has made a comment on celebrity culture as he previously revealed to CNN, “We focus so much on celebrity in our culture and we don’t focus on the right things.”

“And I’m so sick of seeing celebrities on covers of magazines and on — tweeting, and on Facebook and reality shows… it’s disgusting.”