Ben Stiller is no stranger to directing films, but he may be considering leaving the world of acting for a permanent position behind the camera. 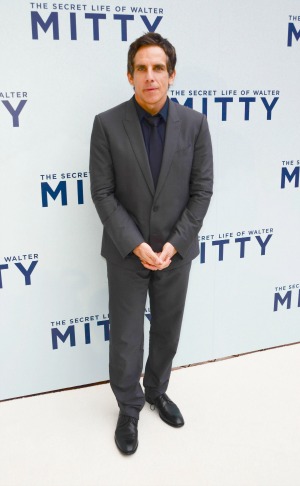 Ben Stiller has enjoyed a successful acting career, so perhaps it is time for him to try his hand at something that he finds a little more exciting.

The actor has immensely enjoyed directing and acting in his latest film The Secret Life of Walter Mitty and although he stars as the lead character, Stiller has found even greater joy behind the camera.

In a recent interview with The Hollywood Reporter Stiller revealed, “As a director, I feel much more freedom. There are just so many different kinds of movies that I can make that aren’t limited by who I am as an actor.”

“I definitely could see myself just directing, for sure,” Stiller revealed.

Before adding his usual humor to the conversation by saying, “In fact, I feel like that’s sort of what will end up happening as the roles dry up. That’s where I’d love to end up.”

In fact, this is not the Meet the Parents actor’s first time as a director. He has already directed five movies, including hit films Zoolander and Tropic Thunder, and Stiller believes being a director is an “incredible experience.”

Stiller compared his experiences on two of his roles that he acted in and directed, revealing to The Hollywood Reporter, “On ‘Mitty’, there weren’t a lot of days when I wasn’t acting and directing.”

“But on Tropic Thunder the days when I wasn’t acting were my favorite days, because I got to just be there and stand behind the monitor and work with the actors.”