It’s been a crazy year for Jennifer Love Hewitt, and she and her husband welcomed a baby girl into the world on Tuesday! 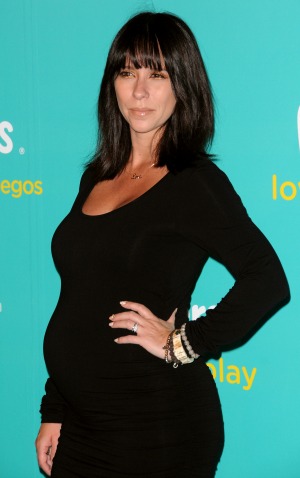 “[The new parents] are thrilled to announce the birth of their daughter Autumn James Hallisay,” Hewitt’s rep told People.

The actress announced her pregnancy in June, and was obviously excited to be a first-time mom.

“I’ve always wanted to be a mom,” she told People earlier this year. “I had a great relationship with mine. I’m ready to pass on to my child all the great love that my mom had for me.”

Hewitt’s mom died more than a year ago, and becoming a mom herself is obviously really important to her.

“I lost my mom a little less than a year and a half ago to cancer. Obviously, I got very lucky that even though I lost my mother, I lost her later in life, but it’s still had a profound effect on me,” Hewitt said.

Hewitt and Hallisay met on the set of their show The Client List, and were engaged the same month they announced their pregnancy.

Us Weekly said a source told them Hewitt and Hallisay “got married recently in private.” But the actress said back in August that the couple was not rushing into marriage.

“I’m not putting that on myself also! We’re going to wait. I’m going to get down and be cute again and then we’ll be ready to go,” she told People, adding that, “Meeting the baby is what I’m most excited about.”

Tension on The Client List set for Jennifer Love Hewitt >>

The couple decided not to learn the sex of their baby, and had a gender-neutral baby shower back in October. While Hewitt was excited to meet her child, she was enjoying every moment of being pregnant.

“[Being pregnant] is an awesome thing,” the actress explained. “It definitely has its moments where you’re like, ‘Oh my gosh this is crazy,’ but it’s been beautiful.”