Julia Roberts has been considered the biggest movie star in the world, but she said she thinks she may not be cool enough for the “it” girl of the moment. 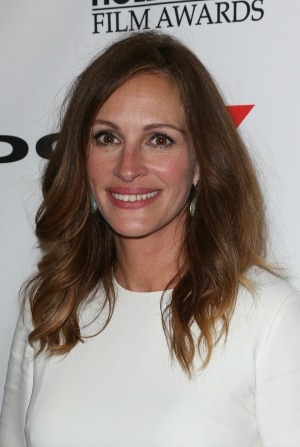 Julia Roberts may be the definition of America’s Sweetheart — she even made a movie about it — but when it comes to who is in the club, she feels it may be a very selective group.

The actress is an expert on what it takes to earn the title after starring in 2001’s America’s Sweethearts, but isn’t exactly keeping track of all the people in her very exclusive club. She talked with MTV while promoting her new movie August: Osage County, and was asked her opinion on whether Oscar winner, and current girl of the moment, Jennifer Lawrence should be given membership.

“How many are there of us?” Roberts asked.

Both Roberts and Lawrence have won the Oscar for best actress, but it’s not clear if that is a requirement to be America’s next sweetheart.

Roberts is obviously a fan of J-Law, but also seems to be in awe of the 23-year-old actress.

“She shoots flaming arrows. Is this a new cupid tactic?” Roberts said. “My card is expired and I didn’t get a new one. I think she’s fabulous, but she seems cooler than me.”

But Roberts’ career is far from over. She recently received the Spotlight Award at the Palm Springs International Film Festival and is starring next as Meryl Streep‘s daughter in August: Osage County, a film about a family whose father and husband has gone missing. The actress recently gushed about how excited she is to finally work with one of her idols.

“I had many imaginary conversations with Meryl about working together,” Roberts said in Marie Claire. “When a person goes from being on a pedestal in your mind, to even cooler, better and more fabulous up close, you get to understand them a little more intimately.”

Lawrence is back with those arrows in The Hunger Games: Catching Fire, which, as predicted, slaughtered the competition at the box office last weekend with more than $161 million domestically. Her next film American Hustle will be out Dec. 13.