Comedian Jay Leggett made a name for himself in Hollywood, but died when he returned home for his favorite hobby — deer hunting in Wisconsin. 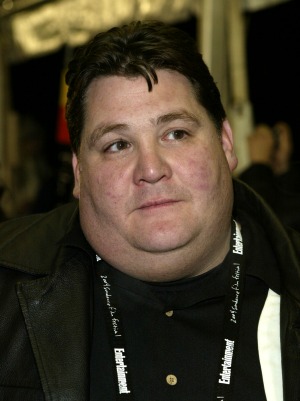 Actor and comedian Jay Leggett died on Saturday, Nov. 23, after doing what he loved most. The 50-year-old collapsed next to his ATV after shooting a deer during Wisconsin’s hunting season. Lincoln County Sheriff’s spokesman Mike Caylor told CNN the deer was strapped to Leggett’s ATV when he died.

Leggett may be best known for his role on In Living Color. He also co-wrote the Matt Dillon movie Employee of the Month. He grew up in the same place he died — Tomahawk, Wisconsin and attended the University of Wisconsin before moving to Chicago where he began performing with The Improv Olympic, according to CNN. The company also nurtured comedians Mike Myers, Chris Farley and Andy Richter.

Leggett had also starred in numerous other movies and TV shows over his career including ER, NYPD Blue, Star Trek: Voyager, Ally McBeal and The Drew Carey Show. He was most recently teaching improv and acting in Los Angeles.

Leggett loved Wisconsin and deer hunting, and came out with the documentary film To the Hunt: Deer Season in Tomahawk, Wisconsin in 2011. The film captured what Leggett was passionate about, the brotherhood and family of the hunt. He died doing what he loved.

“The victim had returned to the cabin from his deer stand on an ATV,” the sheriff said in a statement. “When he got off the machine, he collapsed and was found unresponsive by family members who immediately started CPR.”

Leggett’s death adds to many other celebrity deaths this year.

“He gave me the comedy chops I needed to become successful,” Devine said via CNN. “It’s simple: He’ll make you the best you can be. He eats and sleeps comedy. And also real food and real sleep — because he’s not crazy. He also gave me my first paying comedy job which proves just how smart and insightful he really is.”