Frankie Muniz suffered a second mini-stroke in less than a year and tweeted out the news on Monday. 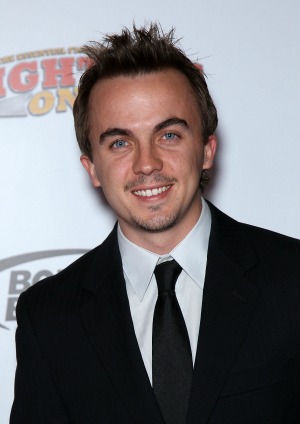 Actor Frankie Muniz revealed he has suffered a second mini-stroke, less than a year after revealing his first one in December 2012.

Muniz’s fans immediately shared their concern for the Malcolm in the Middle star via Twitter. After his first stroke last December, Muniz promised he would “start taking care of my body! Getting old!”

“I couldn’t say words,” he explained via ABC. “I thought I was saying them! And, my fiancée was looking at me like I was speaking a foreign language.”

Muniz tweeted about his latest health scare on Monday.

Muniz said he was on on his motorcycle on the way to his fiancée’s mom’s house when the symptoms began during his first stroke, and he didn’t understand what was happening at the time.

“I was really dizzy and in a lot of pain in my whole body and my head,” he explained. “My hands were numb. I didn’t really have good balance and I was almost dropping the bike. I never had this before. I was like ‘What’s going on?'”

Mini-strokes, also known as a transient ischemic attack, is a small lapse in blood flow to the brain. According to ABC News, the incident can result from blood clots or narrowed or injured blood vessels.

The actor, who has been engaged to Elycia Marie Turnbow since 2011, recently told the New York Daily News he may be done with Hollywood forever.

“To tell you the truth, if I didn’t have to do any acting ever again, I would be fine with that,” Muniz said. He currently drums for the band Kingsfoil.

Shortly after announcing their engagement, Us Weekly reported the couple would be married “in six months.” There is no word on if the delayed wedding is caused by the couple’s dramatic relationship, Muniz’s health scares or something else altogether.