Alec Baldwin was just fired from his late-night show at MSNBC for his umpteenth homophobic rant against a photographer. 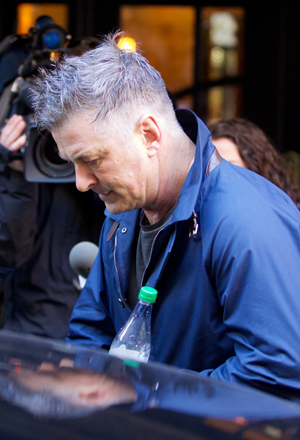 After Alec Baldwin made headlines yet again for another gay-bashing tirade earlier this month, the actor was fired from his weekly show at MSNBC.

Did Alec Baldwin have an affair with his creepy stalker? >>

The news channel initially suspended Baldwin after he got himself up a creek for another of his many homophobic slur-filled rants. The hotheaded actor lashed out at a photographer, calling him a “c***sucking f*****,” and later denied the gay insult, saying he called the paparazzo a “c***sucking fathead” instead.

However, GLAAD informed Baldwin that both words he used were considered offensive by gay people, and he should use more caution when lashing out at someone. He then took to Twitter to make an apology and claim he was unaware that the term he used was degrading to gay people.

Baldwin didn’t stop there, either. He tried to get a male hairdresser to let everyone know just how much love he really has for the gay community. Then, TMZ reported, during a tech conference in San Francisco last week, the former Jack Ryan actor told the audience about all the male loves he’s had over the years.

When all these male-love confessions didn’t feel like enough, Baldwin continued, “I’ve been in love with about three or four men… as much, if not more, than any woman I’ve loved.” However, he also made sure everyone knew just how far all this love of men really went. “I don’t want to have a sexual relationship with them.”

Ultimately, though, the mayhem that resulted from the 30 Rock star’s outburst and the poor ratings for his Up Late with Alec Baldwin show prompted the news network to decide it’s best to let the outspoken actor go, and he was given his walking papers.