The smear campaign against Nigella Lawson, started by her husband Charles Saatchi, continues as assistants accuse the famed chef of taking drugs for 10 years. 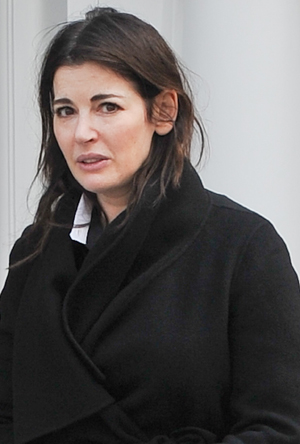 The bitter feud between Nigella Lawson and Charles Saatchi escalated when the famed chef’s assistants accused her in court of doing cocaine and other drugs for a decade.

Saatchi has been on a rampage to tarnish Lawson’s clean reputation and he did it with some shocking and unexpected accusations. Now, her former assistants alleged that the television food connoisseur took drugs for years without her husband’s knowledge.

As part of their defense, the sisters testified in court accusing Lawson of abusing cocaine, marijuana and prescription pills on a daily basis.

“The defendants will maintain that they were fully aware of her illicit drug use,” a lawyer for one of the sisters said in court, according to the New York Daily News. “She essentially would consent to their expenditure on the understanding that there would be no disclosure to her husband of her usage.”

The Telegraph is reporting that the illegal drug accusations are “totally ridiculous” and the timing of the statements in reference to Lawson’s public divorce drama are “no coincidence at all.”

Saatchi’s smear campaign began in August of this year when he accused Lawson of being involved in criminal and illegal behavior shortly after she moved out of his home. The millionaire businessman caused an uproar when he famously grabbed his ex’s neck while at a restaurant, causing the couple’s impending split.

The 70-year-old art dealer and advertising guru proceeded to accuse Lawson of potential criminal behavior in a bid to damage her career as she gets ready to film a new television series in Los Angeles. But friends are claiming that Saatchi has been in a delicate state of mind since his split from Lawson and has even reportedly threatened to end his life.