Justin Bieber has turned into quite the perfume mogul. His latest fragrance has its own short film in time for the holiday season. 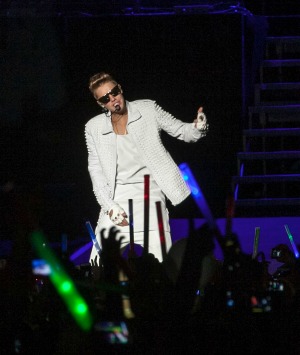 Who knew that perfume was so artistic? Apparently, Justin Bieber‘s latest fragrance, The Key, is so creative that it inspired a short film just in time for holiday shopping.

The three-and-a-half-minute film features vignettes with the pop singer romancing three women who remove the key from the perfume bottle right before they go to sleep in their hotel room. The dream-like sequence then follows Bieber wooing the ladies all over Paris with rooftop dates, visits to the museum and lots of delicious desserts.

The Peter Glanz-directed piece has no dialogue, only soft piano music playing in the background while the Bieber images unfold. The ending has a bit of a twist where viewers find out it was the “Love Me” singer who was the one dreaming, not the ladies.

The Key is Bieber’s third fragrance in his line and it debuted in July. Someday was launched in 2011 and Girlfriend was released in 2012. The Key’s scent has a notes of wood and vanilla with an underlying fruit and floral musk.

The 19-year-old musician has been so successful in this arena that he received the Elizabeth Taylor Fragrance Celebrity of the Year award at the FiFi Awards in May 2012. The ceremony honors the best in ad campaigns and packaging for the fragrance industry. Bieber won because Someday earned $3 million after only three weeks in-store at Macy’s.

The Biebs is doing a bit of good with some of the money he earns from his perfume line. A portion of the proceeds benefit Pencils of Promise which builds schools all across the globe to give an education to those in need.