Sandra Bullock has been mostly single since her divorce three years ago. With a successful career and a toddler at home, is she looking for her next relationship? 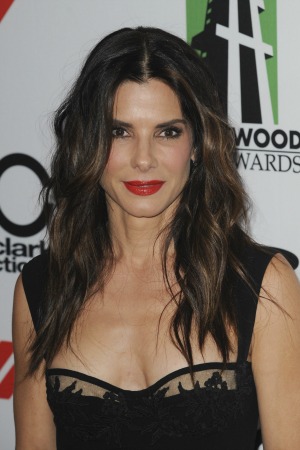 Sandra Bullock is talented, beautiful, successful, and… single. The actress was just named one of Entertainment Weekly‘s Entertainers of the Year, and told the magazine having a relationship is the last thing she’s thinking about.

“If [a relationship] should come along, great,” Bullock said, according to People. “But I feel like I’m not missing anything yet. Maybe one day I will. But my son is 3 years old, which is an amazing age. Four is an even better age. So if something happens, great, but if not, I’ve got plenty to do.”

Bullock was divorced from husband Jesse James in 2010 after a cheating scandal. But Bullock said sometimes you have to deal with what life gives you. She’s working at striving in the areas she knows she can control.

“Life is a series of disastrous moments,” she explained. “In between those moments, that’s when you savor, savor, savor.”

If Bullock decided to date again, it looks like George Clooney would be first on her list (or at the very least, should be). The two bonded on the set of their film Gravity, and Clooney was a big fan of Bullock’s son. There are plenty more reasons they would be the perfect Hollywood couple.

Bullock adopted Louis when he was a baby, and he’s obviously the main man in her life. He’s likely also making her think twice about who she might date.

“[Bullock] is going to be very careful about who she allows in her life because of Louis,” a source told People last year. “He is her priority. He is her world.”

Bullock shares her title with 15 other entertainers of the year, including Matthew McConaughey, Jennifer Lawrence, Grumpy Cat and the creators of Breaking Bad. You can see the full list in the Nov. 26 issue of Entertainment Weekly.