What better way to relax after your Thanksgiving and/or Christmas dinner than to curl up with a good read? And these are perfect for your little one (and one YA book, too!).

The Otherworld Chronicles by Nils Johnson-Shelton 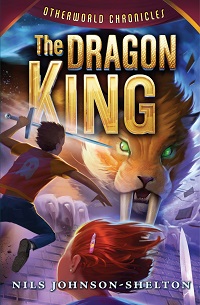 If your kids loved how Rick Riordan’s Percy Jackson series put a fun spin on Greek mythology, then they’ll love how Nils Johnson-Shelton is retelling the King Arthur legend in his middle-grade series, The Otherworld Chronicles. Brother and sister duo Artie and Kay Kingfisher who are thrown into an epic adventure when his video game, Otherworld, springs to life. The Invisible Tower and The Seven Swords are available now, and look for the third installment, The Dragon King, coming Dec. 31! 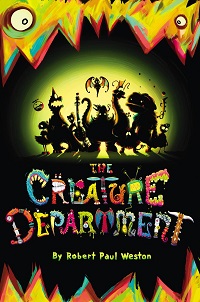 The Creature Department is a Roald Dahl-esque tale from award-winning author Robert Paul Weston about a secret group of “creatures” who are the creative geniuses behind the world’s greatest inventions. Working in the basement research-and-development department of a top secret company, the reclusive creatures suddenly find themselves in need of rescue from two young kids. Bonus for your kids: The book has a glow-in-the-dark cover!

Hard Luck (Diary of a Wimpy Kid series, No. 8) by Jeff Kinney 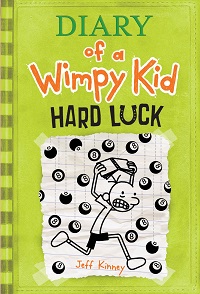 In Hard Luck, the newest book in the Diary of a Wimpy Kid series, Greg Heffley just can’t win. His best friend Rowley just ditched him and making new friends in middle school is anything but easy. To try and change his bad luck streak, Greg decides to give it all up and leave his future to chance. Will rolling the dice turn his life around, or is Greg destined for hard luck?

Allegiant (Divergent No. 3) by Veronica Roth 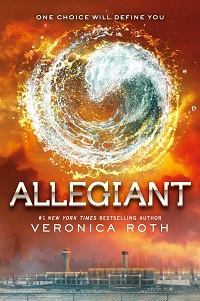 The thrilling conclusion to the extremely popular Divergent series, Allegiant picks up right where Insurgent left off. Told from a dual perspective this time, the faction-based society that Tris and Tobias once knew is in shambles — it’s been torn apart by power struggles and scarred by loss. As Tris readies herself to venture outside the walls, she must once again face impossible challenges in life, love and loyalty. 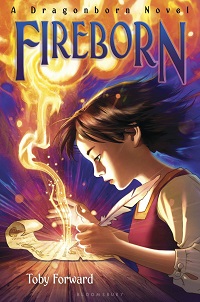 In a desperate attempt to regain power, an old and dying wizard steals magic from his young apprentice, Bee, only to release a wild and powerful magic onto the world. This new, uncontrolled magic sets fields aflame and upsets the entire world order. A new apprentice, Cabbage, decides to make the world right again, but first must find Bee to set everything straight once again.

Did we miss any? Let us know what your kids are reading this holiday season in the comments below!