Some celebs may be in the headlines all year, but they may not influence anyone. GQ names its least influential people of the year. 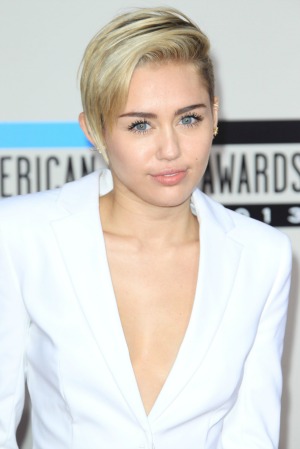 GQ has proven once again that, just because someone is talked about, doesn’t mean he or she is making an impact. The magazine came out with its 25 least influential people of the year, and some of the names might be surprising.

Are Miley Cyrus and Taylor Swift taking “skinny” too far? >>

Big names in the news that didn’t cause much influence included Edward Snowden, Lennay Kekua (Manti Te’o’s fake dead girlfriend), Ryan Reynolds (because, “it’s never going to happen for him, is it?”) and even President Barack Obama.

The list is full of big-time celebrities who didn’t influence anyone, because according to GQ, 2013 “was a bad year for impotent megalomaniacs.”

“GQ‘s third annual collection of people who’ve overstayed their turns in the spotlight and used their fame for not a good g**d*** thing,” they explained. “The hardest part for us was keeping it to twenty-five.”

Lady Gaga came in at No. 11 on the list this year.

“People will only go along with your whole meta-art tampon costume if you’ve got the songs to go with it,” the magazine said, talking about one of her many, many fashion choices and an album that so far has been considered something of a disappointment.

In the Top 10, Will Smith and family made the list for their “double vanity project” After Earth. Son Jaden Smith also caused some controversy for some bizarre tweets he began sending on Twitter.

Paula Deen is also on the list because, you know.

Pop stars Miley Cyrus and Justin Bieber may be the most notable in the Top 10.

“When you’re a just-legal megastar raising hell and being a brat, people will still give you a chance,” the magazine explained. “They’ll blame the money and the fame and probably your parents. But once you lose the baby fat, there are no viable excuses.”

While they could have been talking about either singer with that quote, they were talking about Bieber. He did very little this year but make headlines, and not for good reasons. Cyrus also did all she could to make a splash, without much substance.

“Didn’t we already go through this with Madonna, and Janet Jackson, and Britney, and Xtina, and that one video in which Alanis was naked on a subway with her hair in front of her boobs and it was really awkward for everyone?” GQ said. “Miley spent the entire year foam-finger-blasting herself, licking sledgehammers, and basically trying every inane strategy she could think of to rile up America’s few remaining pearl clutchers. What’s sad is that it totally worked.”

While Cyrus did influence people to make parodies of her music, she apparently didn’t influence a whole lot else. The disappointing part about both singers is they probably would be just as popular if they focused only on the music.

Dennis Rodman came in at the No. 1 spot for his visits to North Korea, without any sort of outcome.

Do you agree these are the least influential celebs of the year?