Duran Duran frontman Simon Le Bon has enjoyed musical success and the icon has some words of wisdom to share with Robin Thicke. 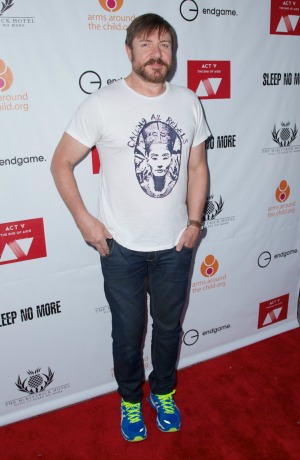 Duran Duran frontman Simon Le Bon is no stranger to success and his musical opinion would be valued by many people. Unless, of course, he is saying that your greatest hit was a mistake…

That is the way Le Bon feels about Robin Thicke’s hit single “Blurred Lines.” It is not so much the sound of the music that the ’80s icon disagrees with, but the raunchy video and sketchy lyrics that he doesn’t feel are a true reflection of Thicke’s talent.

In an interview with the Daily Telegraph, Le Bon revealed, “The problem with Robin Thicke’s video is it disempowered all the women in it.”

”I think Robin made a bit of a mistake, because he’s not a bad guy, he’s not a misogynist, but he’s getting off on the chicks in the video and all that stuff.”

“The theme of the song is, ‘You say you don’t want it, but you do’, and that’s, actually, quite scary if you carry it through, so I felt that that was a mistake.”

In fact, this is not the first time that the hugely popular hit has come under fire and there are multiple critics of the hit track, including anti-rape campaigns, feminists and for other reasons, “Blurred Lines” even managed to rack up a little lawsuit from Marvin Gaye’s children.

Le Bon is just one critic who believes that men, and not only those in the music industry, need to show women more respect. However, the “Give It 2 U” hitmaker does not see what all the fuss is about and has even gone as far as to say that the criticism is “ridiculous.”

Thicke is not the only musician to come under criticism for his music video though. Duran Duran faced their own controversy when they released their video for “Girls on Film” that featured nudity. The difference between their video, though, is that they were trying to empower women.

What do you think: Is nudity really necessary in music videos?