The AMAs brought out the stars, but also brought to light the weight of Miley Cyrus and Taylor Swift. Are they venturing into dangerous territory with their bodies? 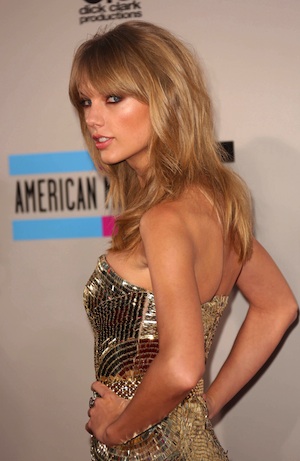 Miley Cyrus strutted the carpet in only a blazer and matching pants.

But instead of focusing on their youthful faces, and spirited fashion sense, viewers couldn’t help but notice that both these starlets looked a bit sunken in.

Rihanna named an icon at the AMAs, for more reasons than her fashion >>

Could it just be the angles of the cameras?

Whatever the case may be, Swift and Cyrus weren’t filling out their clothes the way we’re used to. Swift hasn’t always been particularly curvy, but she generally has looked healthy. Cyrus, who is a workout-aholic to say the least, had absent cleavage the night of the AMAs. (Not to say that she has a lot usually, but more than what I saw on that night.) 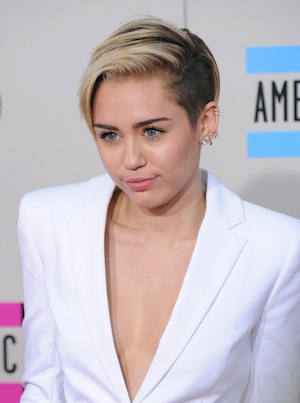 Other stars looked skinnier than usual, such as Nicole Richie and Naya Rivera. But Richie has suffered with an eating disorder and I’m confident she has a solid handle on healthy habits, and Rivera has been remarking often on her new regimen to tone. Even Christina Aguilera was looking trim, but she’s become so in a fair amount of time.

Which brings me back to my concern for Swift and Cyrus, from where did this drop come from? Two already stunning musicians, who were already in good shape, are suddenly looking a little worn and a lot tinier.

See all the highlights from last night >>

Weight in Hollywood has always been a matter of discussion. With stars like Kim Kardashian and Sofia Vergara, who have embraced their curvaceous figures, rising in popularity, I saw less (and hoped for less) pressure to be pencil-thin. While I was largely banking on a continued embrace of women with curves, is it possible Tinseltown is regressing?

What do you think readers? Am I reaching where Swift and Cyrus are concerned? Is there still a weight preference in Hollywood?