Lauren Conrad is dishing the details about her engagement to law student William Tell. She reveals he was the one who picked out the ring. 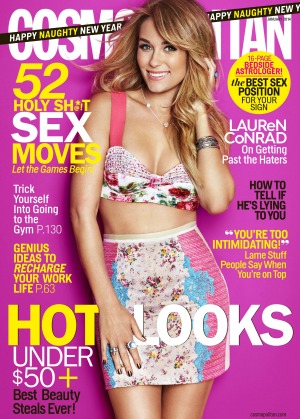 Lauren Conrad is ending 2013 on a high note. Not only is she engaged to law student William Tell, she continues to build her fashion empire. The former reality star revealed all to Cosmopolitan magazine as the cover girl for their January 2014 issue.

Conrad got engaged to Tell in mid-October, but she wasn’t expecting a ring at all this year.

She told the magazine, “I had no idea it was coming. I thought he would wait until he finished law school.”

Her fiancé was ready to take the plunge with the fashionista, but he didn’t ask for any help. He was a man who knew what he wanted and, ultimately, what Conrad wanted in a ring.

“He didn’t even ask my friends, which was a bold move. He said, ‘I know you and I know what you like.’ And I love it. It’s perfect,” said the 27-year-old entrepreneur.

Even though Conrad was surprised by the engagement, she knew she was ready to walk down the aisle with her 33-year-old boyfriend. 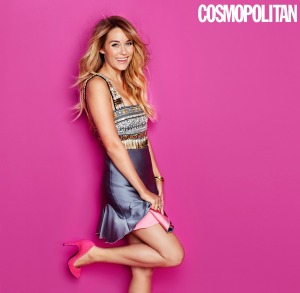 She shared, “William hates it when I say this, but he really is a very nice guy, and when you meet a nice guy who also manages to keep your interest, that is the dream… If you’re going to settle down, it should be with someone you can’t stop thinking about. Especially if you’re in your 20s. If I were single in my 60s, I would totally settle. I would!”

Lauren Conrad is done with the club scene >>

The former Hills star wants to make sure her young fans understand that it’s good to have a career and develop their individuality before taking that next big step.

“You have the rest of your life to be married. Enjoy falling in love. When girls get caught up in the timeline, it becomes more about the wedding than the marriage. You should be with someone with whom you could elope this weekend and be happy,” explained Conrad.

For someone who spent her high school and college years in front of the camera, Conrad has weathered the reality-show storm very well. She knows she made some mistakes in front of millions, but she learned her lesson.

“Being on television all those years, I got to view my own behavior. One thing I realized is that I was too hard on my friends when it came to guys. Instinctually, I wanted to protect them. But then you come off as judge-y and people are reluctant to come to you with a problem. I had to cut ‘I told you so’ from my vocabulary.”

The January 2014 Cosmopolitan issue will be available on newsstands beginning Dec. 3.