The 2013 American Music Awards were filled with top-notch performances. Viewers are still talking about Katy Perry’s number. Was it racist? 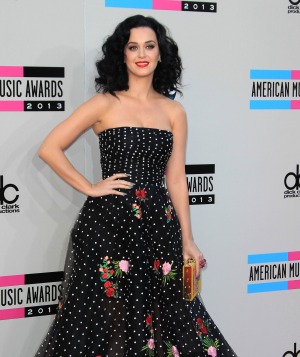 Everyone is still talking about Sunday night’s performances at the American Music Awards, but one particular number has people debating what they saw. Katy Perry opened the show singing her latest hit “Unconditionally” dressed as a geisha. Some are not taking her wardrobe choice lightly.

The stage was set with colorful images of a traditional Japanese garden adorned with lanterns, screens and beautiful flowers and trees. While the set didn’t seem to offend anyone, it was the pop singer’s costume that sent some people over the edge.

Perry wore a floral kimono surrounded by dancers who were also dressed in similar costumes. The reaction on Twitter was almost immediate.

Loved the cultural authenticity of Katy Perry's #AMAs performance. She nailed the traditionally ignorant costume of a white pop singer.

Journalists chimed in like Vulture‘s Jesse David Fox who checked in with his readers by doing a “racism spot-check” to see how they felt about the performance. The reactions were mixed because some readers felt that the U.S. has become too sensitive on the topic of racism.

PHOTOS: What do Miley Cyrus and kittens have in common? >>

Cosmopolitan.com even came out swinging with, “Katy Perry opened the American Music Awards with an Asian-themed spectacle that seemed mightily confused about which nationality it meant to culturally reappropriate.”

Their readers supported Perry more because many of them are fans who were in tune to the fact that the “California Gurls” singer has been inspired by Asian culture. The female-skewing audience were aware of her work with Japanese pop singer Kyary Pamyu Pamyu.

The 29-year-old singer hasn’t said a word about the cries of racism regarding her performance last night. Does she owe her fans an apology or is this much ado about nothing?

We want to hear from you! Let us know what you think about Perry’s AMAs performance.