Prince Harry and his Walking With the Wounded event team’s scheduled training activities got delayed due to harsh weather. They’re all stranded at their Antarctica base camp due to heavy snow conditions. 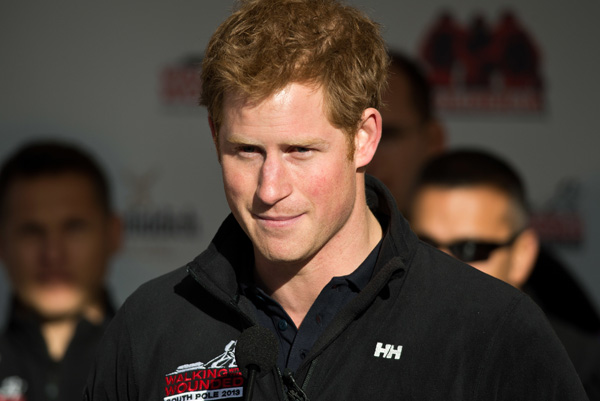 Prince Harry and his fellow Walking With the Wounded teammates got snowed in and are not able to leave their base camp in Antarctica, nor begin their trek training exercises.

Harry and his team traveled to the base location at Novolazarevskaya station to begin their month-long, 200-mile journey to the South Pole. There are two other teams along with Harry’s, altogether representing four countries.

Harry’s team is obviously for the United Kingdom, while Canada and Australia are covered by Soldier On, with Soldiers to Summit representing the United States. The challenging snowy trek is designed to raise funds for military charities helping injured soldiers in each team’s respective countries.

All three teams were scheduled to take part in several skiing activities on Monday to help them get acclimated to the freezing conditions. However, they’re all hunkered down and hoping they can get out on Tuesday at the earliest.

In the meantime, the trekkers will just rest it out and unpack and repack the special kits they’ll take along on their upcoming journey. They hope they can make it to their next base camp within a day or so and take part in at least some training exercises there.

Harry’s team was already delayed last week when they were forced to stay in Cape Town, South Africa for two days prior to flying out to Antarctica. They’re scheduled to begin the official trek on Nov. 30, which will take them across the Antarctic Plateau, hopefully arriving in the South Pole by Dec. 16.

During their trip to Novo, Harry’s teammates had some fun and a few pics of the handsome prince were posted on Twitter by a Royal News Correspondent.

And another one of the prince looking dreamy on the plane with the caption: #royal Prince #harry gets comfortable on board the Russian flight to Novo in Antarctica @supportthewalk”

Prince Harry and the rest of the teams will be expected to walk about 10 miles a day in the cold, treacherous conditions of the South Pole, so this little rest is most likely welcome prior to their impending courageous trek.