The mother of Brittany Murphy says any claims she was poisoned are BS and meant for one purpose: To draw attention to her absentee father. 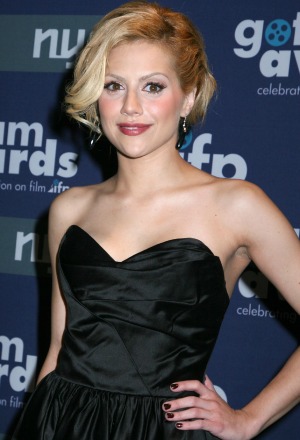 Was Brittany Murphy poisoned by government spooks in a conspiracy to cover up flaws in immigration and counter-terrorism programs? Her dad says yes, but her mom says he’s full of it.

In an open letter to The Hollywood Reporter, Sharon Murphy furiously denies the claims of Brittany’s estranged father Angelo Bertolotti and says he had pretty much zero relationship with the star since she was a baby.

“His claims are based on the most flimsy of evidence and are more of an insult than an insight into what really happened, as I will explain to you shortly,” she wrote.

“Angelo was not there at all after age 1. He certainly wasn’t around during the 12 years he spent in prison on three criminal felony convictions… Angelo did come out of the woodwork when Brittany was a teenager and found success in a number of TV shows just before she was in Clueless. But she quickly saw him for who he is — and didn’t want anything to do with him.”

Sharon also says that the lab results Bertolotti claims show the actress was poisoned have been heavily misconstrued and are unreliable.

“In light of the recent publicity about a lab test Angelo had done, I have asked some knowledgeable people, and they tell me that an analysis from a sample of hair is not considered dependable unless it is backed up by tests of tissue and blood and other analysis — which he did not do (the coroner did, but they show no similar results). I am also told one lab may give different results than another lab in terms of heavy metals, and the proper method requires multiple tests before any results are released.”

“The lab Angelo used, if you can call it that, is an Internet site that farmed out the actual testing and then wrote horribly untrue things under the guise of ‘analysis,'” she continued. “It mentioned rat poison as a possible cause and claimed to be able to say that a third party murdered my beloved daughter.”

“To even mention that the heavy metals that were listed in his test are in rat poison, leading to articles suggesting Brittany ingested that or anything like it, is absurd. If she had, don’t you think it would have shown up in the coroner’s test of her blood and tissue? A reputable expert will tell you that what this lab did is an ethical violation of the highest order; to even pretend to be able to draw such conclusions on unreliable evidence is the real crime.”

Sharon went on to explain that Bertolotti’s theory that Brittany was murdered is ridiculous, because Brittany never even met with Julia Davis, let alone agreed with her whistle-blower suit.

“Like everything else Angelo and his collaborator Julia Davis have done, this is calculated to make them money and bring them the fame they desperately crave. They say they want to do a documentary and write a book, and this whole stunt is merely publicity to fuel their aspirations,” she said.

“She was my baby, and we stood together throughout Brittany’s life. Now I must stand up for her again. It is time for those who really knew and loved her to put those who want to exploit her on notice: Your lies will no longer be tolerated, and as long as I live will continue to be exposed.”