Kudos to Marvel for revealing the worst-kept secret in Hollywood. They’ve cast the roles of Scarlet Witch and Quicksilver in their highly-anticipated sequel, The Avengers: Age of Ultron. 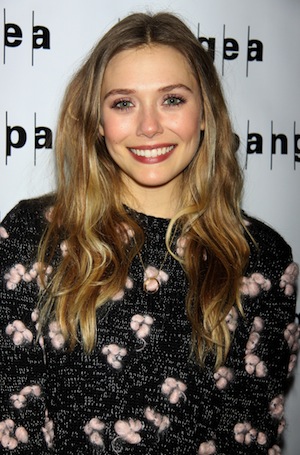 Marvel Studios has officially confirmed what most of us already knew: They’ve cast Elizabeth Olsen and Aaron Taylor-Johnson in The Avengers: Age of Ultron. Both actors have been rumored to join the cast for months and now they’re finally on board.

Could Elizabeth Olsen cast a spell in The Avengers 2? >>

Both characters originated in the X-Men comics as the long-lost children of Erik Lehnsherr, also known as Magneto. Scarlet and Quicksilver are twins, who unlike the rest of the Avengers, have mutant powers. She uses chaos magic and can manipulate reality, while Quicksilver has the gift of super-speed.

First X-Men: Days of Future Past trailer is pretty sad >>

Taylor-Johnson isn’t to be confused with Evan Peters who plays Quicksilver in Bryan Singer’s X-Men: Days of Future Past. They’re the same character, but with different actors and different story lines. Since X-Men is being produced by another studio (20th Century Fox), Marvel can’t reference any of their character connections. So even though they share Quicksilver, The Avengers can’t mention his father Magneto.

This won’t be the first time Olsen and Taylor-Johnson have worked together. They recently shot the upcoming Godzilla movie (scheduled for a May 2014 release), where they’ll appear as co-leads.

What do you think of these two joining the team?