On Agents of S.H.I.E.L.D., Ward has had flirtations with Skye, and a possible tryst with May. Who do you think is the better match for the team’s stoic tough guy? 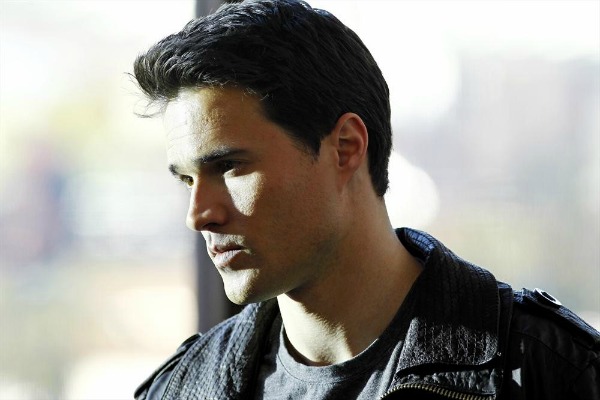 It didn’t take long for ABC’s Agents of S.H.I.E.L.D. to give fans some “shipping” possibilities. For those not aware, “shipping” refers to fans putting two characters into a romantic relationship in their heads (or in fan fiction) — whether that relationship has been alluded to on the show or not.

In this case, the possibility of a romantic relationship for Agent Ward most definitely has been hinted at on the show. The only trouble is, it’s been hinted at with two different women. Which woman on the team is better for Ward? Let’s take a look at the facts.

A Ward and Skye romance

Skye and Ward have had a little flirtation going since she first got recruited onto the team by Agent Coulson. In many ways, they’re exact opposites: She’s a geeky free spirit while he’s a stalwart soldier. But they say that opposites attract and though they’ve had some rocky moments, the two of them also seem to have grown closer since her arrival. When Ward began acting as Skye’s field training officer, she learned from him how to handle weapons and keep herself safe on missions, while he learned from her how to open up and let himself be vulnerable every once in a while. Because they were so unalike, Ward and Skye influenced each other in great ways and brought out the best qualities in the other. For those reasons, Skye could be the perfect match for Ward.

A Ward and May romance

While Ward and Skye’s flirtation has been front and center on the show since pretty much day one, the relationship between Ward and May had been kept purely at a professional level. That being said, there’s no doubt that these two do have a lot in common and work well together. Fighting side by side, Ward and May don’t have to waste a lot of time chatting to let the other know what their next move would be. They always seem to know what the other is thinking and while that ability only seemed to apply to combat, “The Wall” episode hinted that it might also apply to more personal matters. After Ward went through his terrible experience with the Asgardian staff, he was in a bad place. Skye was there to offer a sympathetic ear, but Ward turned her down. But when May, with no unnecessary words, offered a different kind of release by the simple act of leaving her hotel room open, Ward took her up on it. While it’s possible that Ward just went into May’s room for a chat with a colleague who understood his pain, it’s just as likely that he went in there for a lot more than that.

After looking at both pieces of the evidence, my vote is for Skye. I still think that, out of the two, she’s the better choice for Ward given that they seem to bring out the best in each other. I love May, but I think having two people who are so much alike in a romantic relationship could be problematic. Also, I still kind of have my hopes on May and Coulson ending up together, as crazy as that sounds.

What do you think? Who’s better for Ward on Agents of S.H.I.E.L.D.: Skye or May?