John Landis is calling Hollywood out. The veteran director reveals that a creative drought is the real reason the film industry is suffering. 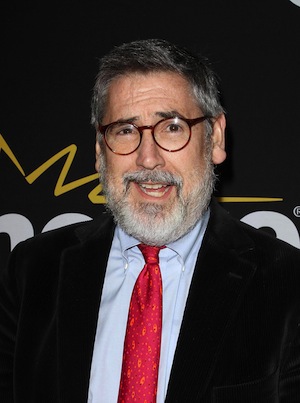 John Landis is a legendary filmmaker. He ruled the ’70s and ’80s with films like Animal House, An American Werewolf in London and The Blues Brothers. But at this year’s Mar del Plata Film Festival, Landis went on a rant against major studios and their crippling of the industry.

According to The Hollywood Reporter, Landis was asked about the lack of original ideas coming out of Hollywood. His response was shocking but brutally honest.

“There are no original ideas. What there is — and this is something no one understands — is that it is never about the idea, it is about the execution of the idea,” Landis said. “The film studios are all now subdivisions of huge multinational corporations. Time Warner, British Petroleum, Sony — these aren’t companies, they are f***ing nations. They are these giant international things that don’t pay taxes! It’s ridiculous. They’re like pirates. It really has to do with desperation, because they don’t know how to get people into the theaters, so they bring back 3D and make all this kind of s***.”

He also called out the studios’ obsession with first week grosses. The opening weekend is the main gauge of whether or not a film’s a success. “I’m not that old, but many of my movies made more money the second, third, or fourth week, because we used to have what we call word of mouth. Now if a movie doesn’t make money its first two days, you’re f***ed!”

Landis does have a point. Film has become so repetitive that television seems to be the only place viewers can go for variety. He declared, “There are a lot of interesting things being made in cable TV now because they can afford to take the risk.”

Do you agree with John Landis’ argument?