Chris Pratt may be the breakout star from Marvel’s Guardians of the Galaxy. He was so excited to join the cast that he signed on without reading the script. 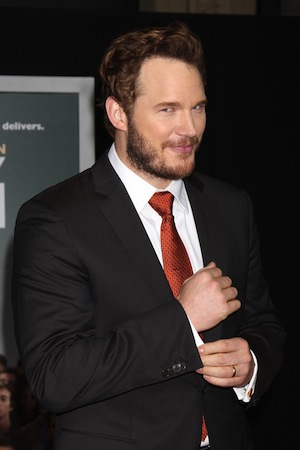 Guardians of the Galaxy is one of the most anticipated films of next year. It will take the Marvel Cinematic Universe to another level of space-centered action. Guardians features an ensemble cast led by Parks and Recreation star Chris Pratt.

Marvel has a great record when it comes to its films. It has proven blockbusters that can help make or break a career, just ask Robert Downey Jr., Chris Hemsworth and Tom Hiddleston.

When approached to star in Guardians, Pratt hadn’t even seen the script. The actor tells Fandango, “I was signed up to do the movie before I was even allowed to read a script, so it wasn’t like something about this particular character that got me to do it. The fact that it was a Marvel movie is what got me to do it.”

Pratt felt a special connection to the role of Peter Quill aka Star-Lord, so he stepped out on faith. “Granted, once I did read it there were so many things about the character that I love, and one thing is that he’s very much a kid at heart,” he says.

“He’s like a man-child. And I like the idea that he’s got a false sense of bravado. Deep down inside he’s lonely and desperate. But on the outside he walks around like he’s big and tough, and I don’t think he does a great job of convincing everybody that he’s not just a scared little child.”

Guardians of the Galaxy opens in theaters Aug. 14.