Miley Cyrus just celebrated her 21st birthday, but there were some unexpected and unwanted surprises for the pop star the night before… 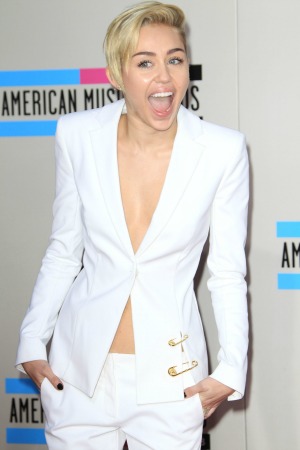 Poor Miley Cyrus, her 21st birthday really didn’t kick off the way she had planned.

Instead the “Wrecking Ball” singer had a rather unexpected surprise the night before her birthday… she was burgled!

On Friday, just one sleep away from her big day, an intruder managed to get into her Studio City, California, home and stole several of Cyrus’ personal belongings.

This has no doubt been an incredibly stressful and unpleasant experience for Cyrus and the police are still looking into the incident.

It has been reported that the police are unclear how the burglar even managed to get into the “We Can’t Stop” hitmaker’s home, but luckily she was not home at the time of the robbery and no one was hurt.

A source revealed to Us Weekly, “She’s extremely upset and a lot of personal items were stolen. She’s really shaken up about the whole thing.”

However, despite the stress of the break-in, the “Can’t Be Tamed” singer did not let it ruin her birthday excitement as she shared a picture of herself on Instagram dressed in a hat and leather jacket, captioned, “Soooooo close to birrrrfdayyyyy time thank you @marcjacobsintl for my early bday pressie (sic)”.

Dad Billy Ray Cyrus also felt the need to spoil his little girl on her big day (and perhaps make her feel a little better about the loss of her personal goods) and he splashed out by giving the singer a customized three-wheeled motorcycle.

According to TMZ, the gift cost a whopping $24,000 and is a 2014 Can Am Spyder, which features tiny etchings of Miley’s initials on the bodywork, which dramatically increased price tag.

We hope Miley had a good birthday!