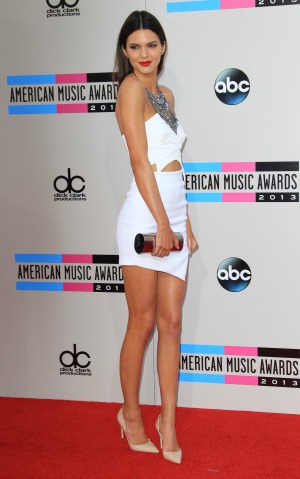 Sometimes it is tough being a celeb because there’s always going to be an invasion of privacy and speculation about whether you are dating someone. Well, the latest couple in question happened to be Harry Styles and Kendall Jenner.

The pair had been spotted together last week in Los Angeles on what looked to be a romantic dinner date and their little outing caused mass speculation about whether Styles and Jenner are romantically linked.

However, the 18-year-old-model has now opened up about her supposedly relationship with One Direction heartthrob Harry Styles and the verdict is: They’re just friends.

Kendall was joined by her sibling Kylie at the American Music Awards on Sunday night and the Keeping Up With the Kardashians star was quick to deny all rumors of romance with Styles.

“You go out with one person, you’re automatically dating them.”

If the rumors had been true then the “Best Song Ever” singer would have been Kendall’s first boyfriend since splitting from high school sweetheart Julian Brooks earlier this year. However, this isn’t the first One Direction star to admit he likes Kendall. Lucky girl!

What do you think: Would Harry Styles and Kendall Jenner would make a good couple?