The doctor who went to jail in connection with the death of pop icon Michael Jackson still insists he didn’t do it — and he is revealing some shocking new details about their relationship. 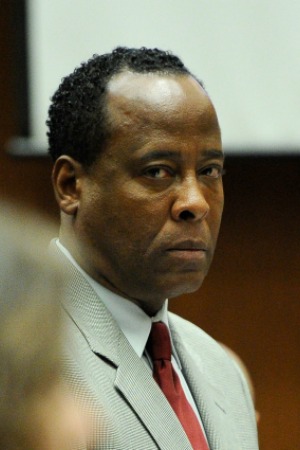 Conrad Murray is out of jail after just two years after being convicted of involuntary manslaughter for the death of Michael Jackson, and he is now ready to tell his side of the story to the world.

The doctor sat down with The Daily Mail and revealed his version of what happened the day Jackson died, as well as some shocking details about exactly how close the two were.

AEG not responsible in Jackson’s death >>

“We were family. We loved each other as brothers,” he told the Mail.

“You want to know how close Michael and I were? I held his penis every night. I had to put a condom catheter on him because Michael dripped urine. He had a loss of sensation and was incontinent. Michael didn’t know how to put a condom on, so I had to do it for him,” the doctor revealed.

“It was the most intimate thing but he trusted me.”

“He also had a hip condition where the hip bone comes out of the socket. Michael wanted to know if I could arrange a hip replacement.”

“Michael was a decrepit man,” he explained. “He was frail. I had to force him to eat, to drink fluids. He always ate the same meal: rice and chicken. He was under enormous pressure. The children told him they were tired of living in hotels and rented places, but Michael was broke.”

And Murray is absolutely adamant that nothing he did could have resulted in Jackson’s death — in fact, he is still sticking to his story that the pop star injected himself with the fatal dose of Propofol after the doctor left the room to take a phone call.

“I never gave Michael anything that would kill him. I loved him. I still do. I always will,” he said.

“I didn’t kill Michael Jackson. He was a drug addict. Michael Jackson accidentally killed Michael Jackson,” he said, explaining that he had already dosed the star with some sedatives and a small dose of Propofol before his phone rang.

“I received a phone call at 11:07 a.m., and when I left Michael at 11:20 a.m., he had a normal heartbeat, his vital signs were good. I left the room because I didn’t want to disturb him. I believe he woke up, got hold of his own stash of Propofol and injected himself. He did it too quickly and went into cardiac arrest,” Murray said.

“By the end, Michael Jackson was a broken man. I tried to protect him but instead I was brought down with him.”

The doc also revealed a chilling moment between the two just months before the singer’s death.

“Then he looked at me and said, ‘You know, for the rest of your life and my life our names will become inseparable.'”

“I asked him, ‘Michael, what do you mean?’ and he smiled and said, ‘I am clairvoyant.'”

Not clairvoyant enough, it seems.