Julia Roberts has been a force in Hollywood for nearly 30 years, so it’s no surprise she’s been chosen to receive the Spotlight Award at the Palm Springs International Film Festival. 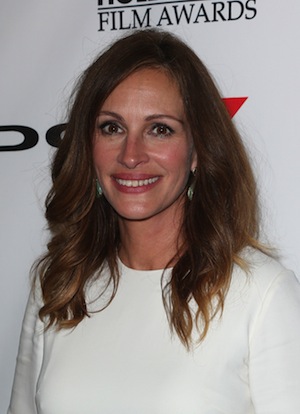 In a statement, festival chairman Harold Matzner said, “Julia Roberts is a consummate actress with a range as vast as her talent. Her ability to consistently give standout performances over the past 25 years is remarkable. In her latest, August: Osage County, she is a key catalyst in a darkly comic tale of a family coming back together after tragedy strikes. To Julia Roberts, one of the best actresses of our age and any other, the Palm Springs International Film Festival is proud to present the Spotlight Award.”

Her latest project is the big-screen adaptation of August: Osage County. It’s based on the stage play of the same name. Roberts shares the screen with fellow Oscar winners Meryl Streep and Chris Cooper. The film also stars Benedict Cumberbatch and her Best Friend’s Wedding co-star Dermot Mulroney.

The 25th Annual Palm Springs International Film Festival runs Jan. 3-13. The Awards Gala will be hosted by Mary Hart and will be held Jan. 4 at the Palm Springs Convention Center.