The American Music Awards showcase the year in music, and 2013’s show highlighted the best and brightest. 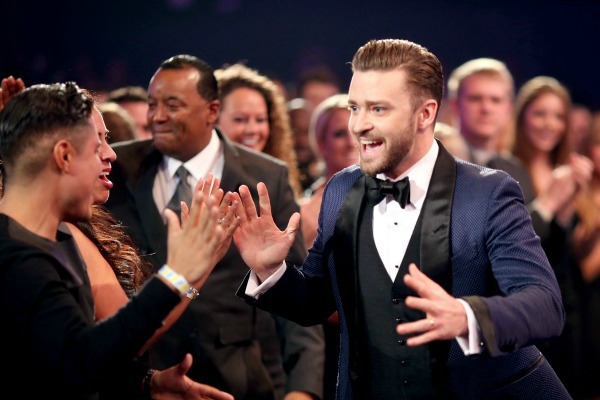 The 2013 American Music Awards reward the fan favorites in the world of music, but Sunday’s show had so much more.

Pitbull hosted the show and did what he could to move it forward as best he could. The rapper obviously has charm and personality, but it’s hard to carry a show all by yourself. He did what hosts do and made himself scarce after the first few minutes, but he did a decent job as far as hosts go. It was not a performance that will be memorable for years to come, though, and his musical performance with Ke$ha will likely be more talked about.

Especially this year, we seem to be getting performance-heavy award shows, and the 2013 AMAs were no different. Katy Perry kicked off the show, but two of the most impressive early performances were by One Direction and Ariana Grande. Both were onstage for scaled-down versions of their songs.

The best part of the AMAs was the mix of all kinds of music. The performances ranged from rock to pop to country and every place in between.

AMA Albums of the Year: The songs you haven’t heard >>

Imagine Dragons gave one of the most emotional performances of the night. The group rocked out to their hit “Radioactive.” Each member of the group played his own drums during the song, but that doesn’t describe the passion that was on display during the performance.

Macklemore & Ryan Lewis won the award for hip-hop/rap album and accepted the award from onstage in Florida. Macklemore took a moment to remind the audience of Trayvon Martin and other friends and neighbors who are victims of racial profiling each year.

Dave Grohl and Joan Jett appeared onstage to present the Alternative Artist of the Year award. The rockers explained that for the first time, the nominees were one rock group (Imagine Dragons) and two folk-rock groups (The Lumineers and Mumford & Sons). Imagine Dragons took home the award, and like many other winners throughout the night, they thanked the fans.

The AMAs honored Rihanna with their very first Icon Award, and Bill Maher and Rihanna’s mother appeared onstage to present her award. The singer humbly thanked her fans and everyone who helped her become who she is.

Taylor Swift won a lot of awards, as was expected. Other winners included Justin Timberlake, Ariana Grande, One Direction, Luke Bryan and others.

The amazing performances of the night also included Miley Cyrus (and a very confused cat), Justin Timberlake, Florida Georgia Line with Nelly and others.

The highlight of the 2013 AMAs may have been the importance put on the music itself. Unlike other shows, the AMAs didn’t try to create drama based on past relationships or catfights. They showcased the many, many different genres in the industry and showed they all work together to create the world of music.