The American Music Awards showcase the best in music over the year. So who were the best of the best in the night’s performances? 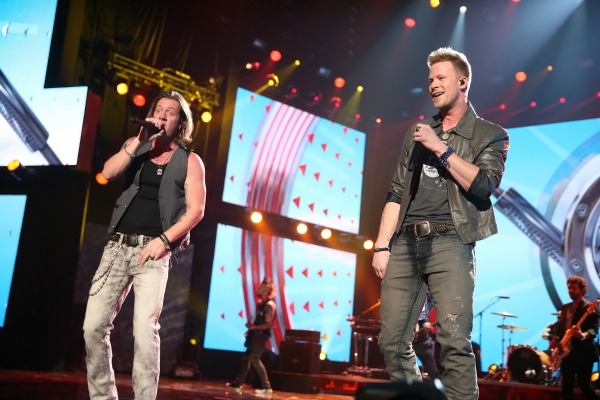 The American Music Awards bring together the best of the year in music, as voted by the fans. This year’s awards showcased some amazing performances and proved that all different genres of music work together to create the amazing talent out there.

AMA Albums of the Year: The songs you haven’t heard >>

Katy Perry started off the night with an awkward performance of her song “Unconditionally.” The performance had an Asian theme, and although the singer looked as gorgeous as ever, the performance was strange — to say the least. But the song is guaranteed to be a hit, and fans got to see Perry in all her glory.

One Direction gave a different kind of performance at the 2013 AMAs. The five members appeared onstage in their dapper wear with dimmed lights to sing their new song “Story of My Life.” The crowd went crazy, first when they appeared and second when they began singing — and basically every moment after that while they were still onstage.

A notable aspect of the performance was the fact that the camera didn’t show Taylor Swift. Not only have award shows gotten in the habit of showing the singer — no matter who’s performing onstage — but Swift has some strong opinions about the band, and it would have been fun (but pointless) to see the look on her face.

Whether or not you’re a fan of 1D, the performance was a great one. It led into Ariana Grande singing her song “Tattooed Heart.” It had the vibe of a ’50s jazz singer with a splash of early-’90s Mariah Carey. The teen is a definite talent and is likely to be around for quite a while.

Imagine Dragons brought the first rock voice of the show, performing their song “Radioactive.” The song was full of every member of the band playing a different drum, and they seemed like a group of guys completely passionate about what they’re doing. The crowd got into it, and the camera showed numerous stars in the audience — including Taylor Swift and Lady Gaga — rocking out with the band.

Ke$ha and Pitbull had one of the most anticipated performances of the night with their song “Timber.” The song seemed to be ’70s themed, with Ke$ha in short shorts and cowboy boots and Pitbull in a white jacket. While a few of the women ended up twerking on Pitbull, Ke$ha did not — although it seemed like she wanted to.

As expected, Justin Timberlake brought one of the most anticipated performances of the night. You never know what to expect from the singer, and Sunday was no different.

“We’re JT and the Tennessee Kids, and this is a song about alcohol,” he said as he came out onstage.

Timberlake sang his new song “Drink You Away,” which was more reminiscent of early folk or R&B. He appeared onstage with dozens of other musicians in what appeared to be a speakeasy or jazz club.

Florida Georgia Line was joined onstage by Nelly for their song “Cruise,” and then they all broke into Nelly’s “Ride Wit Me.” The mixture of both genres woke up the sleepy crowd.

Jennifer Lopez went back to her roots and performed a Spanish-language tribute to Celia Cruz. Other performances throughout the night included Great Big World with Christina Aguilera, Kendrick Lamar and Lady Gaga with R. Kelly. Gaga was her normal amazing self and showed that she’s both a performer and a talented singer. 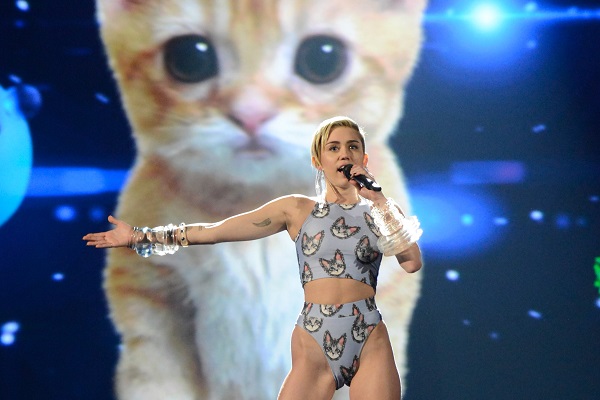 Luke Bryan and TLC also performed, and then came Miley. The singer may be the most talked-about artist of the year, and her performance was no disappointment. Cyrus performed her song standing in front of a screen with stars flying by her and a cat singing with her in the background. While it was a toned-down version of her crazy, it did nothing to show the emotion of the song. Her video was the same, and it could have been a good platform for someone going through a breakup.

Taylor Swift (not surprisingly) won a lot of the awards, just like in every other year. But the music and the many, many performances were the most important parts of the night. In the end, the American Music Awards were what you might expect — a show full of music but with very little personality besides the attitudes brought by the performers themselves. It didn’t do a good job of standing out from any of the other award shows. They had a chance to really make it special, and while it was good, it wasn’t great.

Who gave the best performance at the 2013 American Music Awards? Vote and then sound off below!