Frank Darabont has some scathing words about being fired as The Walking Dead‘s showrunner. He’s not holding anything back, so look out! 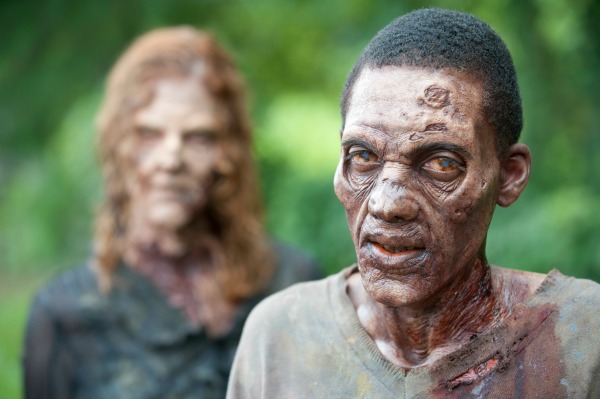 When AMC began their now-mega-hit series The Walking Dead (which was just renewed for Season 5), Frank Darabont was brought on board to adapt the comic-book series for TV and serve as showrunner. All that changed during the beginning of the show’s second season, when Darabont and the people at AMC made a very public split.

POLL: Should The Walking Dead keep the good Governor? >>

Darabont now has a new project in the works for TNT. It’s a three-week series called Mob City that will begin airing two episodes per week beginning on Wednesday, Dec. 4.

Now that his new series is about to begin, Darabont has been making the rounds with the press and hasn’t been pulling any punches when it comes to talking about the split from The Walking Dead.

Darabont was recently asked by Variety if he still watches the zombie-apocalypse drama. Darabont’s reply was biting.

“Oh god no, why would I,” he said. “If the woman you loved with all your heart left you for the Pilates instructor and just sent you an invitation to the wedding, would you go?” He continued, “There’s a deep commitment and emotional investment that happens when you create something that is very near and dear to you, and when that is torn asunder by sociopaths who don’t give a sh** about your feelings or the feelings of your cast and crew because they have their own reasons to screw everybody, that doesn’t feel good.”

In another interview with IGN, Darabont was just as honest in his replies.

When asked if he learned anything from working on The Walking Dead that he took with him to Mob City, he said, “Work with nice people. Otherwise don’t show up. That’s the lesson.”

Darabont has said that his reasons for leaving the show involved AMC’s priorities not being for the cast and crew. Asked what he felt the network’s priorities were, Darabont’s answer was again brief.

Darabont went on to clarify what his biggest issues were with the network.

“The big crux of our argument was budget. If somebody comes and hands you the biggest hit you’ve ever had you don’t just say, ‘Okay, now we’re going to cut your budgets by 25% across the board. And we don’t give a s**t if you care, if you don’t like it.’ That’s just… I don’t even understand that kind of thinking. Or how much punishment it visits upon the people who are actually making the show, which was incredibly difficult to begin with. Cutting your resources by a quarter in the following season so they work even longer hours and under harder circumstances? It’s inhuman.”

He also said that one day, the real story would be brought to light.

“I’ll write a book about this one day,” Darabont said.

Creative differences can often get ugly. There were reports that some of the people involved at the time were in fear of losing their jobs and didn’t want to comment on what was happening behind the scenes.

What do you think about Darabont’s remarks regarding his split from The Walking Dead? Will it make you any less likely to watch the show?