Zach Braff has proven time and time again that he knows how to use the internet to his advantage. But this time, he gave a newly-married couple a memory of a lifetime. 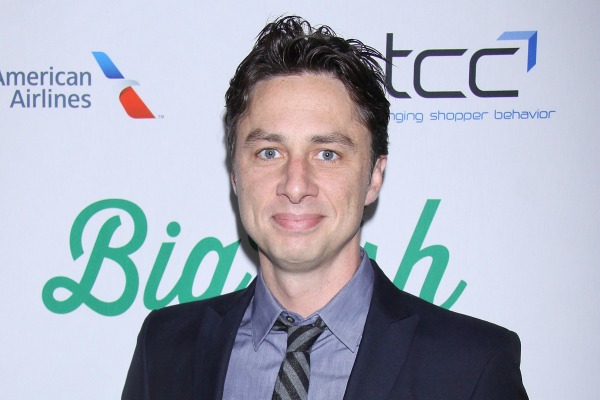 Zach Braff officially wins the internet. While he was always in the running for best use of social media, an accidental photobomb hands him the title.

A German couple was recently taking their wedding photos on the streets of New York City when they were bombed by none other than the Garden State actor. The best part of the whole story was that the actor didn’t make a big deal about it, and the photographer didn’t notice Braff in his photo until long after the photo shoot was over.

“Little did we know that we were about to get photobombed by [none] other than Zach Braff,” photographer Sascha Reinking wrote on his website. “The funny thing about this was that I didn’t even notice it until I started to edit the images earlier tonight! I scanned through the set and his face looked familiar. ‘Is that Zach Braff?'”

Reinking attempted to get hold of Braff the good old-fashioned way: by tweeting him.

The actor isn’t the first to photobomb an unsuspecting fan. Back in October, Beyoncé photobombed a girl attending one of her concerts. She joined the list of celebs who have given their fans a memory (and photo) to remember forever.

Braff has also used the internet to promote his projects, and recently funded a follow-up to his film Garden State through Kickstarter. To launch the fundraising effort, the actor recorded a video plea about how a crowd-funded film will allow him to make all the creative decisions in the new film.

“There are money guys willing to finance the project,” Braff said in the video. “But in order to protect their investment, they’re insisting on having final cut. Also, they want to control how the film is cast.”

The film was fully funded in just days.

Although Zach Braff retweeted Reinking’s photo to make sure his fans saw the accidental genius behind the image, he also tweeted the photobomb out on Thursday.