A plane crash in Nashville leads to a mystery of why a Canadian pilot listed Taylor Swift as his next of kin, and why was he in the U.S. in the first place? 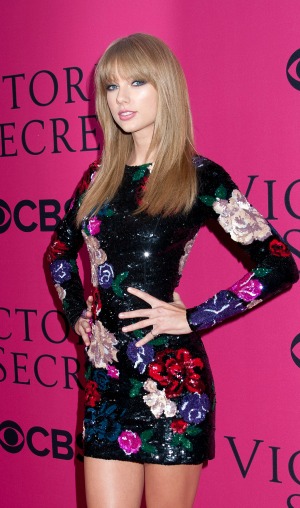 Taylor Swift has a lot of fans, but there are not many who would trust her with their last moments on earth. According to Us Weekly, a Canadian pilot who recently died in a plane crash had listed the country singer as his next of kin.

Our AMA predictions in 60 seconds >>

Michael Callan died Oct. 29 in Nashville, and the Canadian flying club he belonged to said he had put Swift’s name down before the trip. The club contacted her security team, but Swift said she hadn’t ever heard of Callan until being contacted about the weird connection.

“The first we heard of this was when the appropriate authorities contacted Taylor’s management about the crash,” Swift’s publicist Paula Erickson told the Tennessean. “Taylor does not know this person.”

Even more confusing was the fact that Callan crashed in Nashville, where Taylor Swift lives, but he was not headed for the city. His flight plan said he was only planning to travel 37 miles, said the Daily Mail, and would definitely not be leaving Canada. That means he flew 500 miles, through both Ohio and Kentucky, before reaching Tennessee.

Callan’s family said he was not married and had no kids, and they were shocked by his death.

The Tennessean reported that the pilot circled the Nashville International Airport for nearly three hours before he attempted to land. The wreckage of Callan’s plane wasn’t found until up to seven hours after the crash.

Taylor Swift gets “ranting, crazy emails” from ex about a song >>

Swift has called Nashville home since before she became famous, and recently won the award for Songwriter/Artist of the Year from the Nashville Songwriters Association International for a record sixth time, according to Us Weekly.

Taylor Swift will present at the American Music Awards this Sunday, Nov. 24.