Josh Brolin is taking care of business after a few drunken incidents earlier this month. He’s in rehab to deal with his alcohol issues. 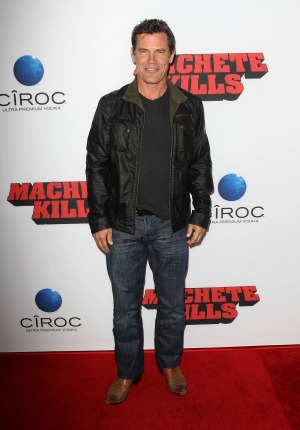 Earlier this month, Josh Brolin went on a weekend bender that involved not one, but two altercations in the same night. After both incidents were caught on video, the 45-year-old actor told TMZ that his drinking days were “completely done.”

It looks like he’s taking that statement seriously. Us Weekly confirmed that the Gangster Squad actor checked into rehab in Northern California.

Chris Brown ordered back to rehab for 3 months >>

According to the entertainment magazine’s source, “He realized he needed help and is committed to his sobriety.”

On Nov. 2, Brolin found himself in a fistfight at O’Brien’s Irish Pub in Santa Monica, California, and then in a verbal altercation at a Los Angeles area Del Taco with a cab driver. It was clear from the videos that the Men in Black 3 star was intoxicated.

When TMZ caught up with him the following Monday, he seemed remorseful about the weekend’s events.

The TMZ cameraman asked, “Are you going to be laying off the booze a bit?”

Brolin responded with a smile, “That’s it. Completely done.”

The actor has been busy promoting the film Labor Day which also stars Kate Winslet. The movie is on the Oscar-nomination hunt, so this was probably the right time to go to rehab before the final campaign push begins.

It’s been an eventful year for Brolin, who also announced his split from wife Diane Lane in late February. The divorce is still being finalized. There is no word if his addiction issues played a part in the end of their marriage.