Another Hollywood starlet is back on the market. Brooke Hogan decides that a music career is better than marrying her football player fiancé. 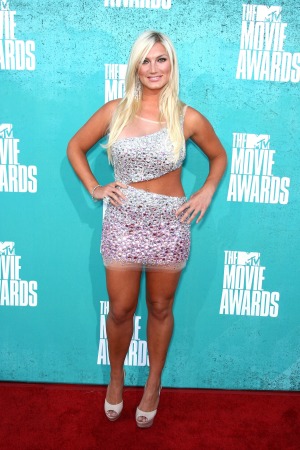 Remember when Brooke Hogan got engaged? Well, that engagement was short-lived as the 25-year-old chose music over her fiancé.

Hogan got engaged in late June to Dallas Cowboys center Phil Costa while on vacation in Las Vegas. At the time, the reality star shared a photo of the big moment on Instagram and declared her love for the athlete.

She wrote, “Happiest moment of my LIFE I am marrying my best friend I woulnt [sic] choose anyone else I am so lucky and so grateful.”

Fast forward to November and Hogan is singing a different tune. According to TMZ, sources told them the former VH1 star ended the engagement a few weeks ago. They cited the fact that the relationship was moving too quickly and she wanted to focus on her career.

Hogan is going to reignite her passion for music instead of sitting in the stands on Sundays as a football wife. She even moved back to Los Angeles to work on a new album and be closer to her mother, Linda Hogan.

It’s over between Jennie Garth and beau Michael Shimbo >>

She posted a hot-looking photo on Instagram on Sunday wearing her mom’s striped crop top from the ’80s. Fans who were paying close attention should have noticed that she wasn’t wearing her engagement ring on her left hand, which was holding her iPhone in the photo.

Hogan hasn’t made a public statement regarding her personal dating status, but it’s clear she’s hitting the gym in addition to making music.

It looks like she’s doing just fine with her new single status.